Scarlett Johansson seems completely smitten with her fiancé Romain Dauriac, but she’s taking her time making her way to the altar. 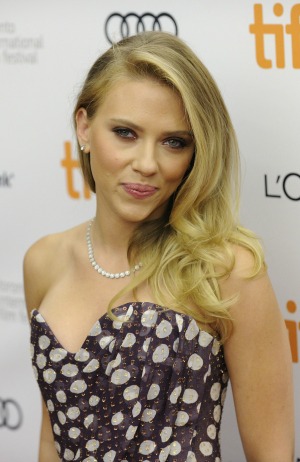 We’re only a few weeks into 2014, but Scarlett Johansson is already having an amazing year. Not only did she star in (or rather, lend her voice to) the Oscar-nominated film She, but she is engaged to 31-year-old French journalist Romain Dauriac.

Johansson has been through one marriage, with fellow actor Ryan Reynolds, but this time she seems to have found the perfect man.

Although they’ve been engaged for nearly six months, Johansson and Dauriac are taking their time planning their wedding. Johansson said she doesn’t want to “rush through it” this time.

“Being engaged is an exciting time to enjoy and to really savor,” she added.

Although Johansson’s performance as an operating system in She was applauded by critics everywhere, there were many award shows she was not allowed to be nominated for, because she never appeared in the film. But the sexiest woman alive doesn’t seem to mind; she has a hit movie, a man who loves her and she’ll be seen by millions of people during her commercial at the Super Bowl. The actress signed on to promote SodaStream and will be appearing in their Super Bowl spot. And like the perfect spokeswoman, she plugged the brand during her interview.

“I have been pushing SodaStream to my family for years. I buy it for my friends as housewarming gifts and I have it everywhere I go,” she said. “When I film I have it in my trailer and they outfit the whole craft service table with it. I have it everywhere just because I love it so much.”

Johansson just wrapped filming for Captain America: The Winter Soldier and will next be shooting the sequel to The Avengers. You can next see her in Chef with Sofia Vergara and Robert Downey Jr.