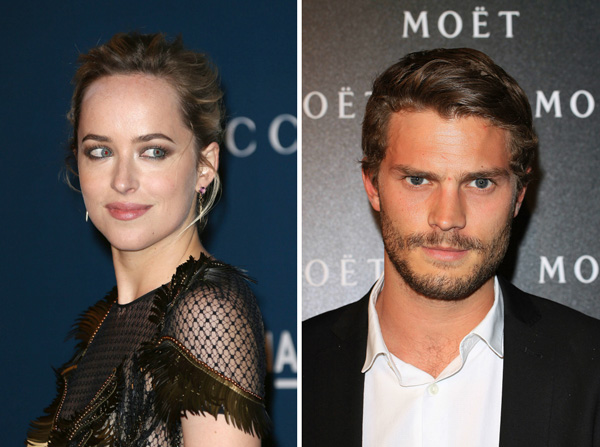 Let’s be honest, ladies — if you loved E L James’ steamy books about Anastasia Steele and Christian Grey’s S&M exploits, you’re in this for the sex. Don’t bother trying to church it up… just own it. As such, when you plunk down your $10 on that movie ticket, you fully expect to see some explicit S&M (and T&A, and any other acronyms that basically spell out S-E-X).

And, it would seem producer Dana Brunetti wants to fulfill your naughty wishes. Noting that fans have been vocal about wanting it “dirty,” Brunetti admitted in a recent interview that he “always thought it would be really cool if we released the R version and then we had an NC-17 version that released a few weeks later.”

But will Brunetti, co-producer Michael De Luca, director Sam Taylor-Johnson and writer Kelly Marcel be able to stick to their guns? If Universal decides they want to lure a younger audience, they run the risk of alienating the trilogy’s rabidly obsessed readers. Uh, not to mention, what the heck will the movie consist of if they strip out the sex scenes? It’s not like the characters are super-nuanced or the plot line is full of depth. It’s pretty one-dimensional, people, and that dimension is sex. Hot, sadomasochistic sex. Lots of it. If the film restricts itself to full frontal nudity, what’s the point? 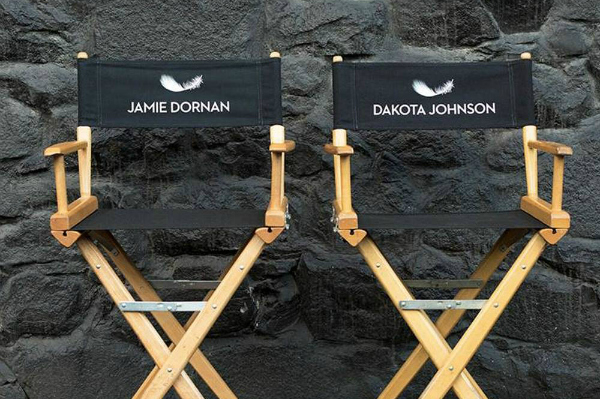 When Sons of Anarchy‘s Charlie Hunnam was originally cast as Christian Grey, women went about as nerdy over the casting choice as dudes did when it was announced Ben Affleck would play Batman in a new movie or that Gerard Butler might reprise Patrick Swayze’s role as Bodhi in the upcoming Point Break remake (fun fact: Fifty Shades‘ producer Michael De Luca is producing the Point Break flick, too).

A petition on Change.org popped up soon after the casting was announced, demanding the role of Grey go to White Collar‘s Matt Bomer and the role of Steele go to Gilmore Girls‘ Alexis Bledel. This movement gained even more traction when the film’s execs announced Dakota Johnson had landed the female lead. Admittedly, there was less outrage over Hunnam being replaced by Irish man candy Jamie Dornan. To date, though, the petition has over 90,000 signatures.

So here’s where this argument has merit. Fifty Shades is all about the booty, baby. As in, tappin’ that. As in, every interaction — every thread of paper-thin dialogue — is a precursor to gettin’ some bone. (Seriously, you can’t be offended by this if you read the book or plan to watch the movie.) If Dornan and Johnson don’t have chemistry, or if people simply don’t want to see them getting frisky, there’s really not much else to compel fans to go see the movie. 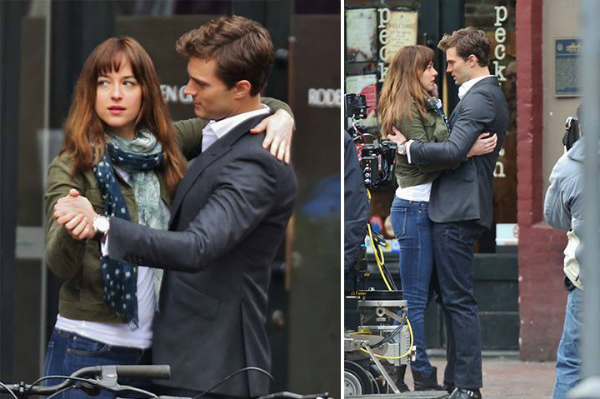 So much of Fifty Shades is devoted to the inner musings (pages upon pages of it) of Anastasia Steele. And, really, can you imagine what that would sound like played out on-screen? We can’t stop giggling just thinking about how accidentally comical it will be to have Dakota Johnson prattling on about the way her “inner goddess is doing the dance of the seven veils” via voice-over.

Plus, these characters are supposed to be in their 20s, right? Do you know any 20-something dudes who would say something like, “I want you, and the thought of anyone else having you is a knife in my dark soul,” or, “Laters, baby”? Much less ones that are billionaires — 20-something billionaires. As for Anastasia Steele, how is all of her blushing, lip-chewing and over-usage of expressions like “Jeeze” and “Holy cow!” going to play out on the big screen? Good luck with that, Dakota Johnson.

For starters, Ana’s first time is explosive — full of big Os. Please, we all know everyone’s first time is awkward, uncomfortable and often somewhere totally unromantic, like an old camper in your friend’s yard that smelled like gutty fishing tackle. Hypothetically, of course.

It just gets more preposterous from there, with Steele climaxing any time she so much as sees Grey. There’s a name for that, people: It’s called Persistent Genital Arousal Disorder. I saw it on an episode of Grey’s Anatomy, ironically. And it’s not sexy. It’s weird. If you do happen to orgasm at the drop of a hat, do us all a favor and don’t tell us about it. We want to like you. 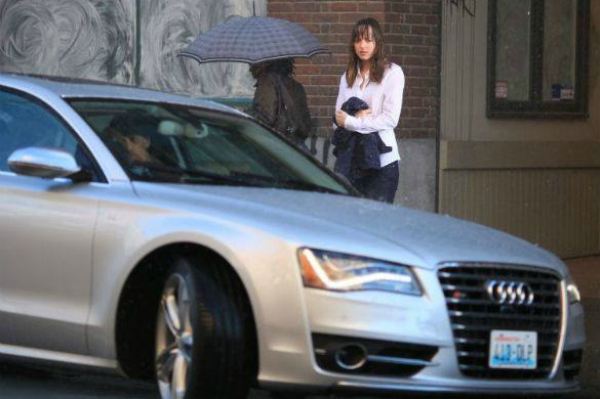 In Fifty Shades of Grey, the leading man is jealous, demanding, misogynistic, controlling, a bit of a stalker and, well, troubled. The heroine is naive, insecure and more than happy to let said leading man dominate her and make her feel more diminutive. C’mon… he has her sign over her sexual rights by way of a legal contract. He tells her she can’t snack between meals. Wait, say what?

Indulging in these kinds of fantasies is, to quote Sex and the City, “bottom shelf, paper bag.” It’s something women might read in the comfort and privacy of their own home but likely won’t cop to in public. We have a feeling larger audiences won’t be quite so forgiving of the fact that Christian Grey is kind of a d*** and Anastasia Steele is a bit of a clueless ingenue.

Move over, Christian Grey: 10 Literary men who are better >>