Vanessa Hudgens is not afraid to shed her Disney image and tackle difficult and heart-wrenching roles. And it appears her recent role in the drama Gimme Shelter has changed her life forever.

Related story What Was Vanessa Hudgens Thinking with These Comments About Coronavirus? 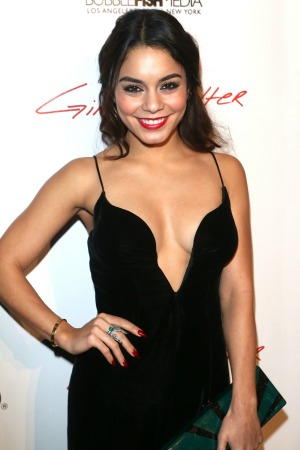 Vanessa Hudgens shed her good girl Disney image a long time ago, and she is proving that she is a serious actress who can tackle demanding roles.

The Spring Breakers star immersed herself in a new role in Ronald Krauss’ Gimme Shelter, a drama in which she plays the role of a homeless pregnant teenager named Agnes “Apple” Bailey.

The emotional movie, which is based on a true story of a young pregnant girl who is desperately trying to survive, deeply touched Hudgens, and for her to accurately portray her character, The Frozen Ground actress felt compelled to spend time in a shelter.

Hudgens revealed to Collider.com, just why she has decided to pursue such difficult roles.

“I’m willing to go the extra mile and actually put the work in. It showed me that I’m very dedicated to what I do, which is nice to remind myself of.”

“It made me grow so much in that I’ve been able to look firsthand at what’s going on in the world around me. I feel like I’ve lived a pretty sheltered life growing up and then was in the industry when I was very young.”

“The more I know, the more I’m a fuller person. It just made me grow for sure.”

The 25-year-old actress spent two weeks at a shelter observing these young women to prepare for her forthcoming role and although the experience was initially terrifying, Hudgens has deep respect and praise for these incredibly resilient women.

Hudgens shared with Collider.com what it was like to live in a sheltered home. She said, “It was amazing. I’m so grateful I had the time to go and stay there because it really allowed their stories to become reality rather than just a story.”

“They really opened up to me and they shared their story with me. I just got to witness firsthand how strong these young women are. It’s crazy though. In the beginning, it was a complete shock.”

“I had never been around girls that young who are pregnant, but it was interesting because I really got to look into their lives and see that they are still just girls, and they have the same needs that any other 16-year-old would have.”

Hudgens also realized these young girls often face a lot of criticism from outsiders who should instead nurture and support these girls.

She admitted, “Due to their situation, it’s easy for people to judge and I hate that. It was nice to be able to see the humanity and the love that these girls have and just the struggle that they’ve gone through.”