Teen sensation Lorde’s rise to fame was instant, but it has not been without its difficulties. From criticizing other female artists to becoming the victim of cyberbullying, she tells it all. 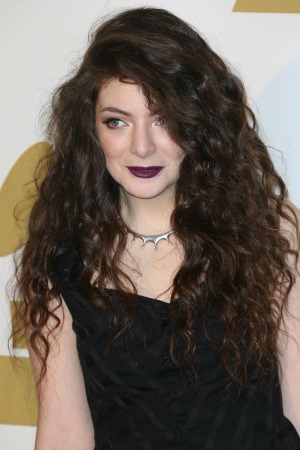 Ella Yelich-O’Connor, better known by her stage name Lorde, has admitted to needing the advice of her friend Taylor Swift, and the “I Knew You Were Trouble” singer may seem like an odd person to befriend since not so long ago Lorde chose to criticize her.

Lorde previously told Metro magazine, “Taylor Swift is so flawless and so unattainable, and I don’t think it’s breeding anything good in young girls.”

However, it’s evident the pair have now made up, and Swift can add yet another best friend to her increasingly long list of powerful celebrity pals.

So why did the “Team” hit maker need the help of her good pal? Well, it was because she had no idea what to buy her manager for Christmas and needed to ask someone she trusts for their opinion.

The singer revealed to Rolling Stone magazine, “Taylor’s super-good at this stuff. She’s decorated her own houses for ages.”

And being a great decorator is not the only praise the “Royals” hit maker has for her new friend — she is truly in awe of what a kind and forgiving person Swift is.

According to Rolling Stone, the pair became friends after the beauty sent Lorde a bunch of roses when her worldwide hit “Royals” made it to the No. 1. spot. The gesture of kindness may have occurred before Swift heard about how Lorde had slammed her, but she was quick to forgive and forget.

Swift even told the songstress, “It’s fine. If all you’ve done is call someone perfect, it’s not that bad.'”

But taking on Swift may prove to be a good lesson for Lorde because she needs to stop running her mouth and criticizing other artists.

Lorde revealed, “People around me, who I’m really close to, were like, ‘Do you have to express your opinions all the time?'”

However, Lorde’s swift rise to fame has not been without its complications. She was recently left feeling deeply distressed when she and her boyfriend James Lowe became the victims of cyberbullying.

The cute couple’s relationship came under fire as did her beau’s looks, and Lorde explained to Rolling Stone how the ordeal affected her. She commented on what type of people those who chose to comment on her boyfriend were, saying they were “the type of people who use the word ‘f****t’ as an insult.”

But that doesn’t mean their words didn’t sting. She confessed, “[I’m] not completely impervious to insult. I’m a human being.”