Forget romance — this Valentine’s Day will be all about political intrigue and corruption with the return of House of Cards. Don’t worry, you can bet it will also be sexy. 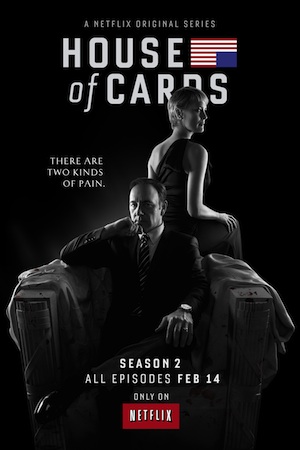 House of Cards Season 2 will be released, slightly ironically, on Valentine’s Day, Feb. 14, 2014. Keeping true to their binge-watching mantra, Netflix will release all 13 episodes at once for your nonstop viewing pleasure. Admit it: At least part of you would much rather pop some popcorn and watch the first few episodes on the couch in your pajamas than go out for an expensive dinner.

House of Cards Season 2 returns with even more sex, corruption >>

Netflix is banking on the idea that streaming is the way of the future. So far, it seems to be paying off. The website has had incredible success with its original content, especially Orange is the New Black and House of Cards. House of Cards was nominated for four Golden Globes this year, including Best TV Series, Drama.

The show will pick up right where it left off in Season 1, and the stakes will only get higher now that Francis Underwood (Kevin Spacey) has taken on the position of vice president.

We’re about to discover that attaining that power just may have been the easy part in the series; keeping it is another story. The struggle will unfold throughout Season 2 as Claire (Robin Wright) and Francis face new and continuing threats.

The poster for Season 2 pays homage to the first episode of the show in Season 1. Francis believes there are two types of pain, “the sort of pain that makes you strong, or a useless pain, the sort of pain that’s only suffering. I have no patience for useless things.”

As vice president, we can only imagine the sort of brutal gutting that’s about to take place so Francis can maintain his vision of strength. If the pictures are any indication, this season is going to get serious. 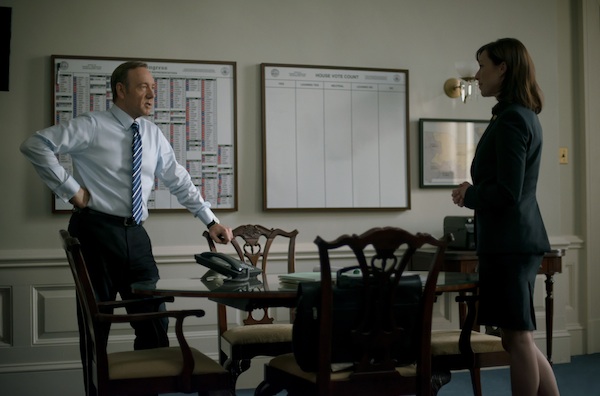 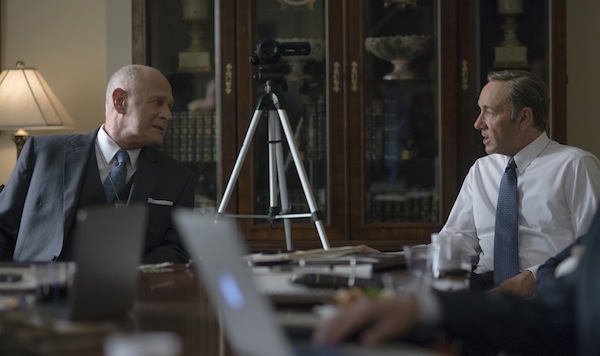 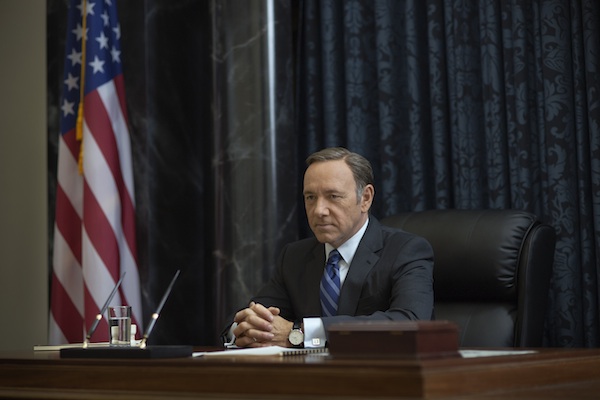 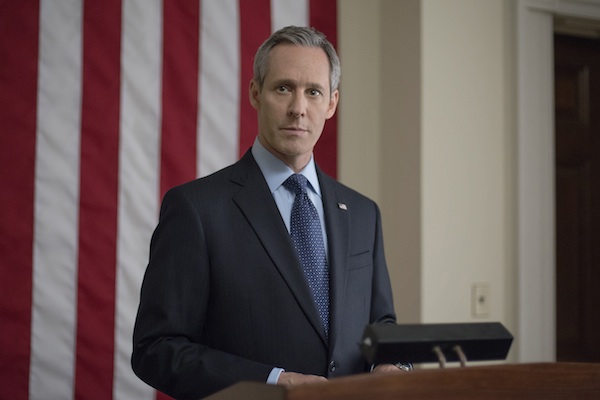 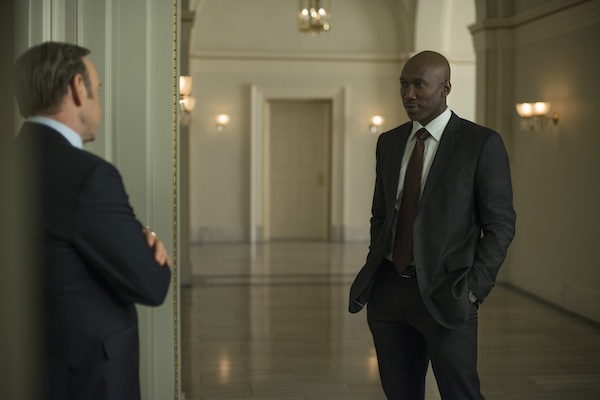 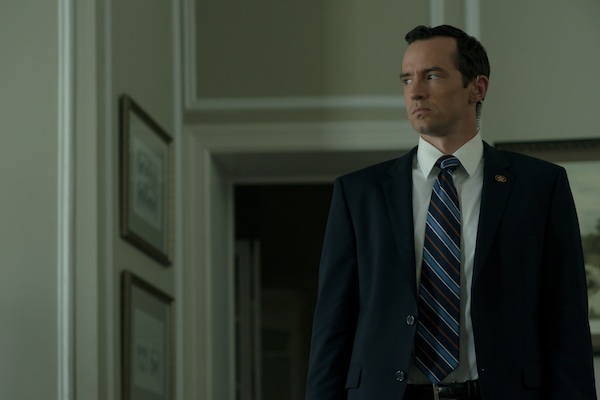 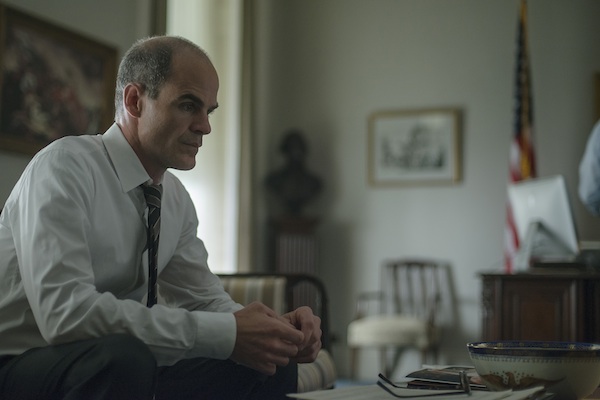 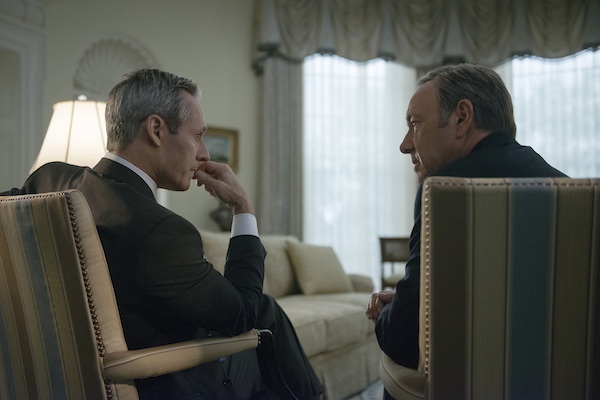 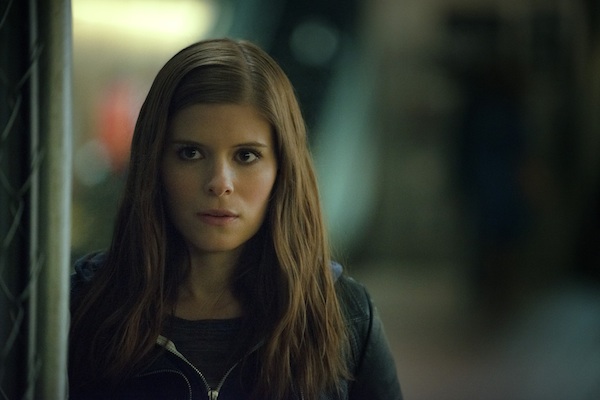 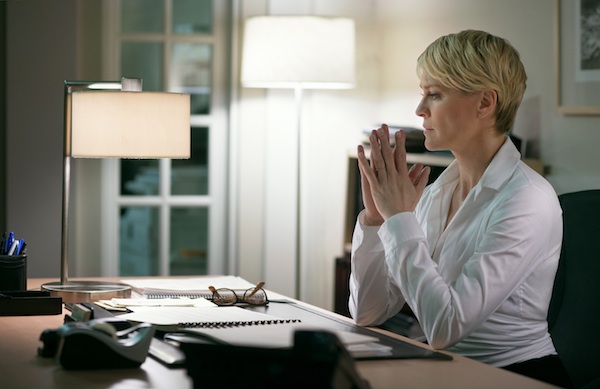 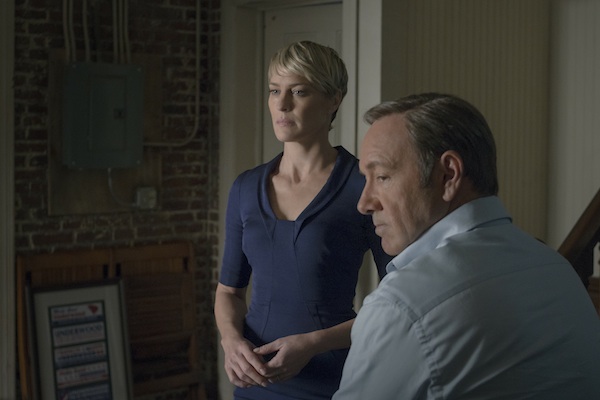 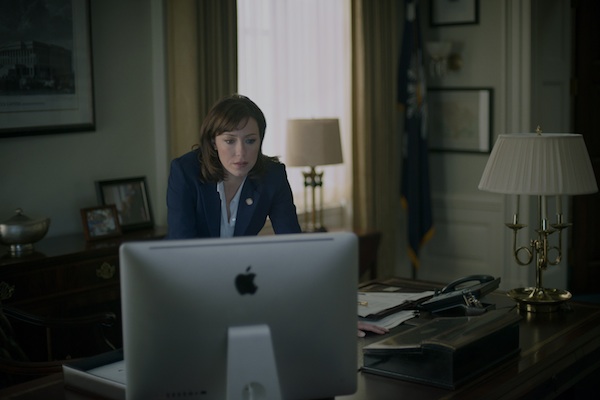 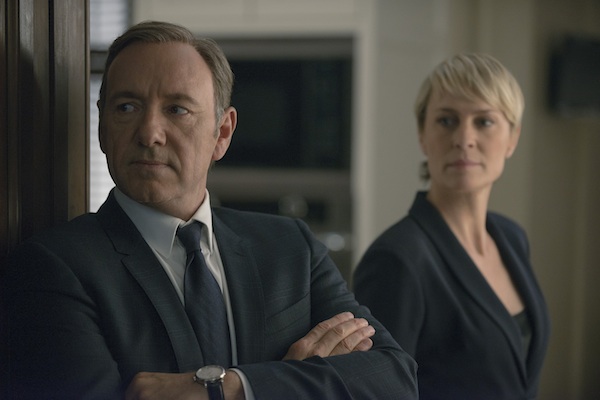 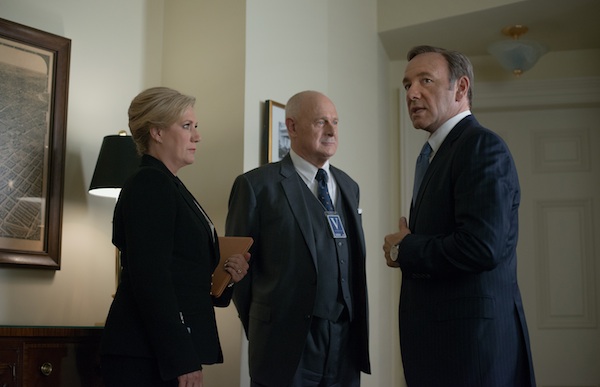 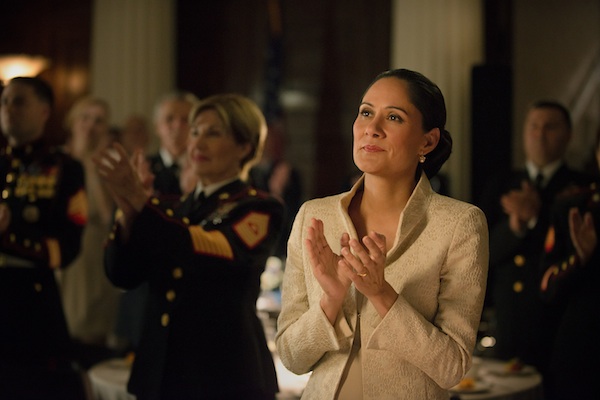 Are you planning a House of Cards-themed Valentine’s Day this year? How will you watch Season 2?