Arnold Schwarzenegger has always been a proponent of physical fitness, and he is taking that to a whole new level by disguising himself to help regular people at the gym. 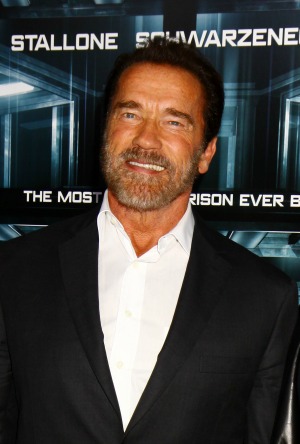 Arnold Schwarzenegger has been known as many things, but a trickster isn’t often one of them. The former Terminator decided to don a disguise and help some Gold’s Gym members get fit.

The actor played a gym instructor at a neighborhood Gold’s Gym, attempting to help local members with their workouts.

“Basically I am going to play Howard, a physical fitness instructor who has become a regional manager for Gold’s Gym,” he said.

Schwarzenegger signed on to help the After School All-Stars program, a group whose mission is to keep kids safe after school. The program has been in existence for 20 years and Schwarzenegger is doing what he can to bring awareness.

During the video, the actor not only acts as a fitness instructor, but he tricks some of the Gold’s Gym members, including one who he talks into doing “reps” of her water drinking.

“Stop being a baby. This is Gold’s Gym, not a baby gym,” he told another.

A couple of the patrons did seem to recognize him, but considering his size and accent, you would think that number would have been many, many more.

Schwarzenegger has always put exercise first, and talked to Esquire back in 2012 about his work ethic and what happened when he decided on a career in bodybuilding.

“My father was a country police officer. All he knew was discipline, performance and work — not wasting your time,” he said at the time. “He came from an era where everything was scarce, so everything had to be useful. That’s why he was so against bodybuilding. He saw it as narcissistic. His belief was that you build your muscles by chopping wood or shoveling coal, doing something with your body that benefits someone else. But it was from him that I got my work ethic.”

Schwarzenegger’s chosen career led him into bigger and better things, and now he is in a place where he can help others. Besides his good will at the Gold’s Gym, Schwarzenegger has been staying busy with many projects. He will appear in numerous films in the next couple of years, including Terminator: Genesis and The Expendables 3.

Watch Arnold Schwarzenegger get dressed up as Howard from Gold’s Gym: