Vanessa Paradis expressed her feelings toward her ex Johnny Depp’s engagement, and said she’s not upset by the news. 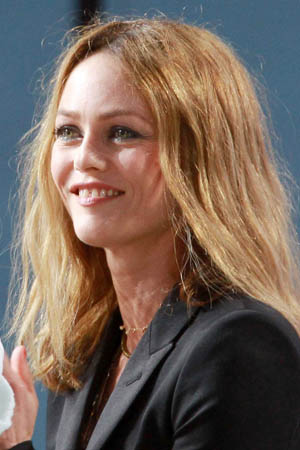 Johnny Depp‘s proposal to Amber Heard came as a surprise to many, but his ex Vanessa Paradis is not upset by the news and wishes the happy couple well.

Apparently, Depp called Paradis himself to tell her the good news and she “wished him happiness” with “no drama” whatsoever, a friend of the actress told Us Weekly magazine.

Depp and Paradis were together for 14 years, although they never married, and share two children. Some worried that the Pirates of the Caribbean star, 50, moved too fast in proposing so soon when he steered clear of marriage with Paradis despite their long relationship. But Paradis seemingly has no issues with the upcoming nuptials.

Working together on the set of The Rum Diary, Heard first met Depp when he was still with Paradis, 41. The couple began dating in June 2012, just a short time after Depp and Paradis split up. While their engagement was only announced last week, Depp had actually proposed about two months ago.

Depp and Heard kept their news a secret until the 27-year-old actress was spotted hiding her left-hand sparkler as she went into a Los Angeles restaurant with a pal. After that, the engagement rumors exploded and just a few days later were confirmed by multiple sources.

Heard has reportedly gotten very close to Depp’s kids, Lily-Rose, 14, and Jack, 11, and they seem to have welcomed her as their new future stepmom. The new family was photographed during a recent trip to Japan and they all looked very comfortable together.

Meanwhile, Paradis has moved on and has a new love as well. Sharing custody of her kids with Depp, she’s been dating French pop singer Benjamin Biolay, and is said to be “very happy,” with no bitter feelings toward her former partner. She’s even sporting a new look, having chopped off her long blond hair, opting for a short and darker curly do instead.