The Wanted launched onto the scene only in the last few years, but it looks like they already need some time off. So what does this break mean for the future of the band? 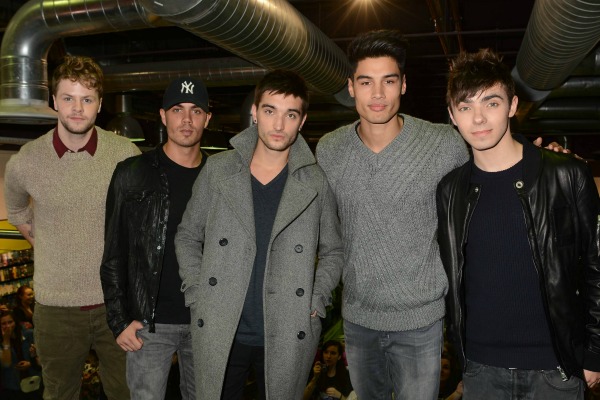 The Wanted fans everywhere had their hearts broken today when the band announced they would be going on a break very soon. But those fans will have one last chance to see the group, because the break isn’t coming until after their upcoming tour.

Who’s hotter: One Direction vs. The Wanted >>

The news came in the form of a statement on The Wanted’s website.

“This tour will be their last for a while as Tom, Max, Jay, Siva and Nathan have collectively decided to take time to pursue personal endeavors following the tour’s conclusion,” the statement said. “The band wants to stress to their fans that they will continue on as The Wanted and look forward to many successful projects together in the future. They thank their fans for their continued love and support and look forward to seeing them on tour.”

The Wanted made an appearance on Twitter after the statement was posted on their website, giving their fans assurance that they’re still around.

We just want to say thanks again to you all for your massive love and support, it means so much to us. We love you guys!

The band members have all been focusing on their personal lives in the last few months. Siva Kaneswaran recently got engaged and the other members have also had very public relationships. But they still seemed to be doing plenty for their band. Last October, the Jonas Brothers announced their split and The Wanted offered some advice, while at the same time possibly giving a hint at their future break.

“It’s weird because they are family so you don’t really know the severity of it,” Tom Parker added. “I just hope they still stay close because obviously family is family.”

The Wanted’s Nathan Sykes enjoys the thrill of the chase >>

The Wanted’s album Word of Mouth was released only two months ago, and the guys have been working hard to promote it. It’s not clear if that might be why they’re in need of a break, or if it’s something else. The statement on their website said fans will get one more song from that album.

“The Wanted are pleased to announce the release of their new video and single ‘Glow In The Dark’ taken from their November release ‘Word of Mouth’,” the statement continued. “They are very excited to perform ‘Glow In The Dark’ along with their smash singles ‘I Found You’, ‘Chasing The Sun’, and ‘Glad You Came’, amongst others for their fans on their upcoming Word of Mouth Tour.”

The Wanted’s tour kicks off March 14 in Liverpool.