Ke$ha released a special message to fans from rehab saying that she will be back — and she will be better than ever! 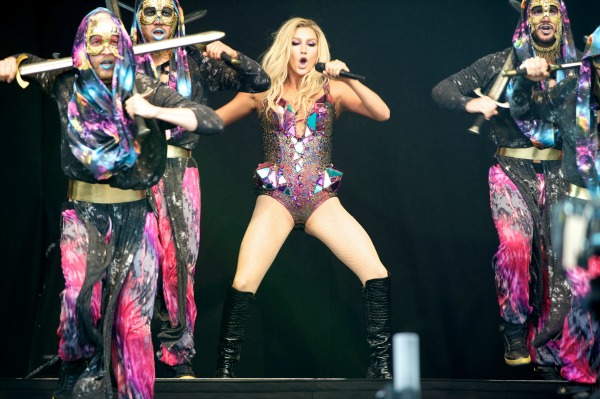 Ke$ha has broken her silence for the first time since her announcement that she would be entering a treatment center for an eating disorder — and she wants worried fans to know she is on track for a spectacular recovery.

The pop star released a message to fans on Twitter via a friend and said we can expect more of her antics sooner rather than later.

The “Dirty Love” singer checked into rehab at the beginning of January, saying she was holing up for 30 days “…to learn to love myself again. Exactly as I am.”

Ke$ha’s mother, Pebe Sebert, blamed the star’s troubles on the pressure from industry masters to look like a perfect pop princess. She also has claimed that record producer Dr. Luke told a friend of hers and the singer’s that Ke$ha looked like a “refrigerator.” She later joined her daughter in the same rehab center for post-traumatic stress disorder, telling People, “This whole Dr. Luke thing has almost torn our family apart and taken over my life, and Ke$ha wants me to heal along with her.”

Dr. Luke denied the allegations and said in a statement through his rep, “These statements and allegations concerning Dr. Luke are completely false.”

“It is unfortunate that at a time Ke$ha is suffering immensely and trying to heal at a treatment center, her mother is taking this approach with the media. I give Ke$ha my utmost support and well wishes for a quick return to health.”