Pete Wentz has enough piercings and tattoos to fill a canvas, but he really wishes he had left his manhood untouched.

Related story Kate Hudson and Son Ryder Took a Mother-Son Trip to the Tattoo Shop for His Sweet, Family-Themed Tattoo 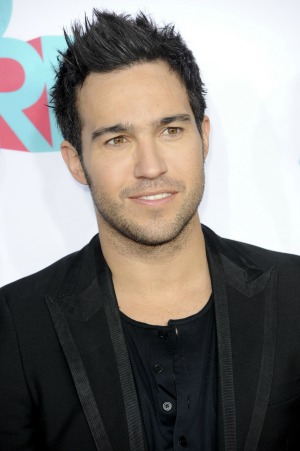 What ever made Fall Out Boy rocker Pete Wentz think it would be a good idea to get a penis piercing in the first place?

Not surprisingly, the 34-year-old bassist has now decided it was not the greatest decision he’s ever made. In fact, he feels it was rather dumb and has since had it removed.

During an appearance on Bravo’s Watch What Happens Live on Monday, Wentz revealed, “I’ve had basically everything pierced in my entire life.”

He then directed the attention to his penis piercing saying, “I was young and dumb and full of wisdom. It’s not pierced anymore.”

The “Dance, Dance” hit maker, who is no stranger to piercings and tattoos, previously revealed that he got his first ink when he was just 15 years old. Wentz also explained his decision behind his tattoos in an interview with TV personality Wendy Williams.

He joked, “I have a bunch [of tattoos]. Ones on your hands and your neck are usually called ‘job-stoppers,’ so I’m still hoping that I could end up being an accountant or something if it all goes wrong.”

Luckily for the “Sugar, We’re Goin Down” hit maker, there is no need for him to pursue another career path because he, along with the rest of the members of Fall Out Boy, have enjoyed chart-topping success.

Although, one person who is not so thrilled about Wentz’s tattoos is his son Bronx, 5.

Wentz revealed, “I take him to preschool, and I’m picking him up one day, and his teacher was like, ‘Well, everyone here drew tattoos on themselves except your kid.'”

After a messy divorce from ex-wife Ashlee Simpson, it appears the rocker has once again found love with model Meagan Camper, and he may even be planning to once again head down the aisle.

Wentz gushed about his beautiful girlfriend of three years, saying, “It’s insane that she hangs out with me! I feel like [we look like] ‘hot girl pictured with homeless man trying to beg her for change.’ This is like charity work here.”

And the cute couple even talk about their future together. It looks like marriage is definitely in the cards.

“We talk about it a lot. I feel really lucky. It’s, like, really interesting [to be] in a relationship with someone who is truly my best friend,” Wentz said.

“Like, I talk to her about everything. She will tell me when I’m being not so insane, and sometimes she’s like, ‘You’re being a little bit insane.’ It’s very helpful.”