Justin Bieber’s life may be riddled with problems, but that doesn’t mean he can’t take time away to enjoy himself by blowing thousands of dollars on strippers. 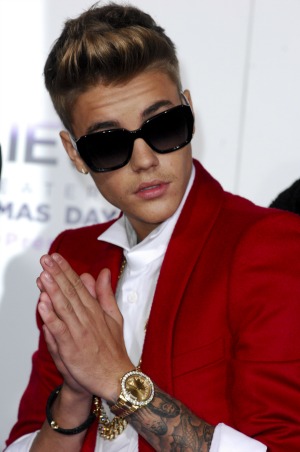 Justin Bieber has been making headlines for all the wrong reasons lately, and he is quickly causing concern among his fans.

Just when we thought the Biebs may reconnect with his ex-girlfriend Selena Gomez, raunchy and offensive sexts were leaked to suggest otherwise.

The erratic behavior continued when Bieber decided to take some time from his busy egging schedule to pee his initials into snow at a wealthy area in Snowmass, Colorado.

And now, the cherry on top of the 19-year-old singer’s bizarre antics is his decision to spend a whopping $75,000 at a strip club on Monday night.

The “Beauty and a Beat” hit maker flew from Colorado to Miami Beach, Florida, for his friend Lil Scrappy’s birthday bash, and their highlight was a stop at the King of Diamonds Gentleman’s Club.

According to TMZ, a representative for the gentleman’s club confirmed that Biebs and his friends changed $75,000 into one-dollar bills and “went wild.”

This is not the “Never Say Never” singer’s first time at a strip club either. He joined boxer Floyd Mayweather at VLive, a racy strip joint in Houston, Texas, in October.

And what does Bieber’s mom have to say about his recent bizarre behavior?

Pattie Mallette seems concerned about her son and although he is still young and should learn from his mistakes, he has been getting into a lot of trouble lately.

Biebs’ mom revealed to The Sun newspaper, “I think so many people go into the entertainment industry with amazing Christian roots and they go in with the right morals and they get influenced somehow.”

“I ask that people keep me and Justin in their minds. I pray for him every day.”