Jennifer Connelly has been acting since she was a kid, and has learned who she is through her life in Hollywood. 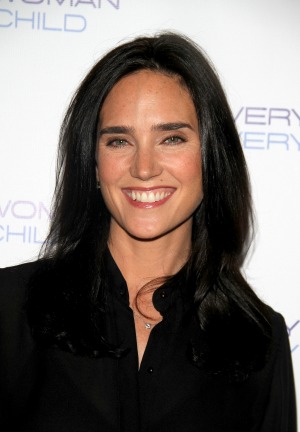 Jennifer Connelly has gone from a teen actress to a graceful star in her own right. After three children, a loving husband and a successful career, Connelly finally knows what makes her happy, and has learned those lessons from being in Hollywood for so long.

Singer Ke$ha checks in to rehab for eating disorder >>

“The thing that really matters to me is well-being and happiness,” Connelly told Allure for their February issue. “Maybe it comes from knowing people who have tortured themselves trying to meet these strangely narrow and rigorous definitions of what our culture thinks is beautiful.”

Connelly has been in plenty of different types of films, and has worked with some of the best actors and actresses in Hollywood. But she has learned that when she is comfortable with someone, she might as well work with them again. The actress has now worked with Russell Crowe three times, in 2001’s A Beautiful Mind, as well as the upcoming films Winter’s Tale and Noah. Connelly seems to have nothing but admiration for Crowe.

“We have an easy intimacy. We act together like the best kisses,” she said, via E! News. “We both bring equal passion.”

And while Crowe impressed Connelly in A Beautiful Mind, she also met her future husband Paul Bettany during filming. She will again be sharing the screen with him in the film Shelter.

“One couldn’t feel more safe as an actor knowing that the director’s your husband. It’s like, oh if I really make a fool of myself, I can just say, ‘Honey, can you please not put that in the movie?’ That was a great perk,” she explained, joking.

Connelly had a child from a previous relationship when she met Bettany, and the two of them have spent the last decade adding their family. But she assured Allure they are done now.

“I knew that we were going to be done after number three,” she said. “That’s enough for us.”