Pretty Little Liars isn’t I. Marlene King’s first production featuring four close friends involved with a mystery. Let’s take a look at her popular film Now and Then to see what they have in common! 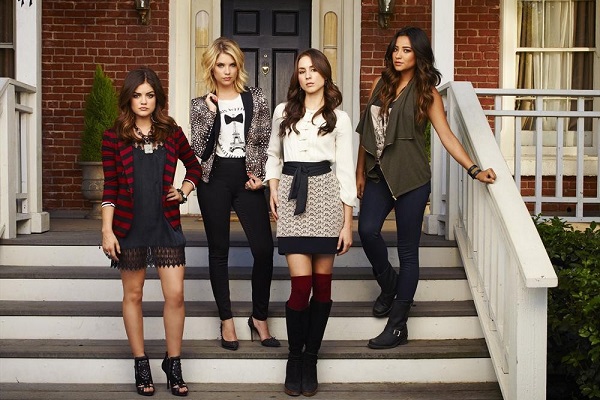 It’s always fun to catch a favorite movie and feel that rush that sweeps over you when you realize the love you shared for it has carried long into your future, and with good reason. We at SheKnows got that rush when we finally made the connection between our guilty pleasure, Pretty Little Liars, and a classic girly film from 1995, Now and Then.

They share a lot of similarities, and not just those found on the surface. Let’s take a look at why they are both so near and dear to our hearts. Some things may surprise you!

King herself has tweeted that she saw the similarities:

Pretty Little Liars follows four friends from a small town in their teens who are inquisitive and have each other’s backs. Since the series’ inception, they have been involved in the mystery of solving their friend Alison’s disappearance.

In Now and Then the series follows four preteen girls in a small suburb who spend a summer trying to get money to buy a tree house that will bring them closer, while trying to solve the mystery of a young boy who is buried in their local cemetery. We also get to know the girls as adults, so together the series and the movie studies the lifetime of a group of friends.

The characters are also similar in nature. For each Pretty Little Liars character, there is a preteen and adult equivalent in Now and Then.

Lucy Hale goes country for “You Sound Good to Me” >>

Pretty Little Liar‘s Hanna (Ashley Benson) spent her childhood overweight and unsure of herself but loves to wear colors, much like Now and Then‘s Chrissy. Chrissy (Rita Wilson) grows up to be a housewife and her pregnancy is the catalyst to bring all of the adults together.

Pretty Little Liar‘s Spencer (Troian Bellisario) is a bookworm with a great sense of style centered around masculine pieces, while her Now and Then counterpart, Samantha (Gaby Hoffmann) as a child is always reading, and as an adult (Demi Moore) she is a successful author with a wicked sense of style with a male flavor.

Pretty Little Liar‘s Emily (Shay Mitchell) is smart and sporty while her Now and Then counterpart, Roberta (Christina Ricci) is a tomboy who would prefer to play sports than dolls and as an adult (Rosie O’Donnell) becomes a doctor.

Pretty Little Liar‘s Aria (Lucy Hale) is dramatic and has a life that makes the neighbors’ gossip while her Now and Then counterpart, Teeny (Thora Birch), escapes their small town to become a leading actress who finds herself on the cover of gossip magazines.

Interestingly, King never forgot a certain young girl who starred in Now and Then as Samantha’s younger sister — Rumer Willis. She also had a part on Pretty Little Liars as a charity organizer who worked with Emily.

Ravenswood review: A night of revelations >>

There were rumors in 2012 that King was developing an actual series based upon Now and Then for ABC Family, but since then there have been no further developments. Or have there? King is also a creator of the Pretty Little Liars companion series, Ravenswood. While it may not follow four girls, could it be some sort of compromise? Maybe this tweet holds the answer:

We’ll still hold out hope for a Now and Then series. How about you?