During a recent interview, Russian President Vladimir Putin insisted there is no prejudice against gay people in his country. Why? Well, because the Russian people love Elton John. 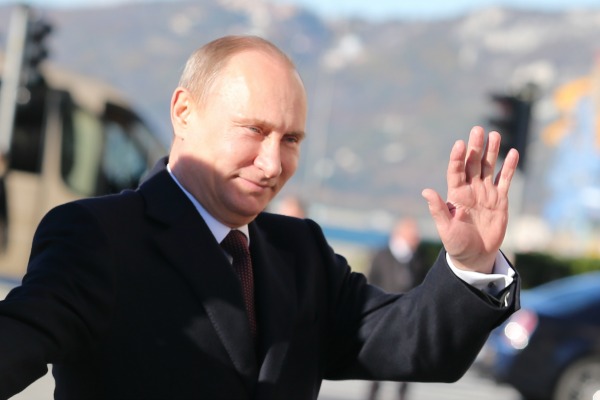 Russia has recently come under fire for its stance on gay rights and its ban on “homosexual propaganda,” which prohibits anyone from giving information about homosexuality to people under age 18.

Not only does the new law seem extremely discriminatory, it has deeply upset many people, and some are calling for a boycott of the Winter Olympic Games that are scheduled to begin in Sochi on Feb. 6.

With only a few weeks left, Putin is faced with the momentous task of trying to convince people that his country will host a gay-friendly event.

And what better way to suggest there is no homophobia than for Putin to admit he is a massive fan of Sir Elton John, a proud gay man who is happily married to David Furnish.

According to the Guardian, Putin revealed his views on the Andrew Marr Show, saying, “Elton John, he’s an extraordinary person, a distinguished musician. And millions of our people sincerely love him, regardless of his sexual orientation.”

The The Lion King singer, however, may be less impressed with Putin and his country — he previously condemned the “homosexual propaganda” law during his recent music tour in Moscow.

Putin went on to say he does not discriminate against the sexual orientation of others. In fact, he happens to have gay friends.

Brian Boitano: “We have to be careful” in Sochi >>

“If you want to know what I personally think about this, a person’s sexual orientation actually does not make any difference to me. I know a few of them, and I am on friendly terms with some of them,” Putin said.

“I’m not prejudiced in any way. Homosexual people can’t feel inferior here [in Russia] because there is no professional, career or social discrimination against them.”