Tyra Banks is not kidding about a Life-Size sequel. The model is determined to get dolled up once again and bring another movie to life. 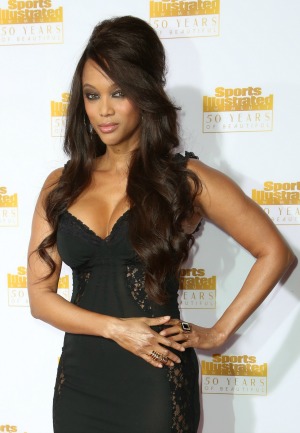 Tyra Banks‘ Life-Size sequel is due out in late 2014 or early 2015, she swears. Despite some finding it hard to believe it’s time to party like it’s 2000, the America’s Next Top Model creator insists she’s prepping to take on the role of Eve once again.

“I have a meeting today to go over the script! I swear,” Banks told Digital Spy during a recent interview.

Though there’s no word yet on if Disney-darling-turned-bad-girl Lindsay Lohan will reprise her role as tomboy Casey Stuart in any form, Banks did go on to say, “I’m under contract with Disney and I can’t talk about it at all, except that it’s coming. But it will be very different, very different. Very modern — a modern take.”

Rumors of a Life-Size sequel first began in 2012, when it was also reported the upcoming flick will feature a new version of the inspirational song “Be a Star,” which Banks’ character sang in the 2000 TV movie.

A second Disney girl who has since grown up is thrilled to have learned Part 2 is in the works. Upon hearing the news, Miley Cyrus tweeted, “Shine bright. Shine far. Don’t be shy. BE A STAR! Watching Life-Size in honor of the sequel.”

Tyra Banks also had this enthusiastic exchange with Cyrus:

Are you as excited as Miley Cyrus for Tyra Banks’ Life-Size sequel?