The twins are back on TV and they speak this time! Find out what Mady and Cara Gosselin had to say on The View. 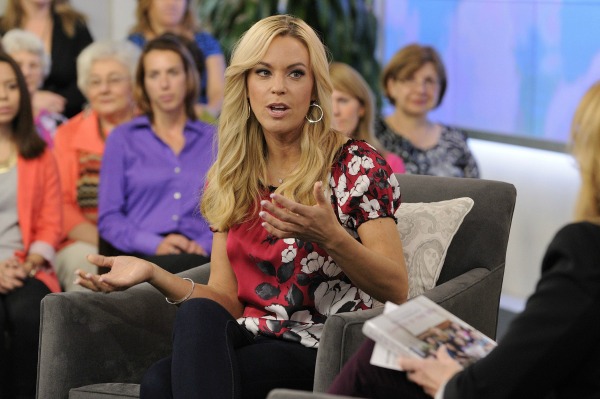 Kate Gosselin and her 13-year-old twins, Mady and Cara, were back on TV Monday to talk about their People magazine cover. They were interviewed by the ladies of The View. While they actually spoke for this appearance, it was still pretty awkward.

The hosts started out by asking safe and easy questions.

Sherri Shepherd asked the twins, “What kind of stuff do you do around the house to help your mom?”

Mady joked, “I don’t really do chores… so Cara?”

Her sister then jumped in with, “Okay, well, I unload the dishes. Mady loads the dishwasher, she does do some work.”

They went on to discuss their typical teen-favorite singers with One Direction being Mady’s favorite boy band and Demi Lovato high on Cara’s list.

Yet the conversation took a serious turn when Jenny McCarthy asked about their parents’ divorce back in 2009.

McCarthy said, “When I was in my twenties, my parents went through a divorce. It was really hard at age 20, how did you guys handle watching your parents go through a divorce but also watching it happen in front of everyone?”

The twins looked at each other and burst into a fit of giggles.

Mady explained, “Honestly, it wasn’t hard for us. I think it was harder for you, definitely [to Kate]. It didn’t really affect me and we still saw both parents… we were little, we were like 8 or 9. We knew what was going on, but we didn’t see the stuff…”

Gosselin then jumped in, “I kept them sheltered and, yeah, it’s necessary and it drew the nine of us closer. There’s really nothing off limits we don’t talk about. Clearly there’s hard times and strange discussions, and probably not preferable things, but we’re very open and the girls hang out in my room with me every night.”

While the young teens handled themselves well in this interview, the silent treatment began again once Walters asked the sisters if they see their dad, Jon Gosselin.

Mady only said, “Um,” while shrugging her shoulders. Her mom became frustrated and said, “Answer,” but that command was met with another awkward TV moment.

Gosselin spun the whole situation into one grand time to her followers on Twitter.

Perhaps it’s time to let her twins rest. They don’t seem to like the media attention.