Ke$ha surprised everyone by entering rehab for her eating disorder, but now her mom is saying her management is what got her to this point. 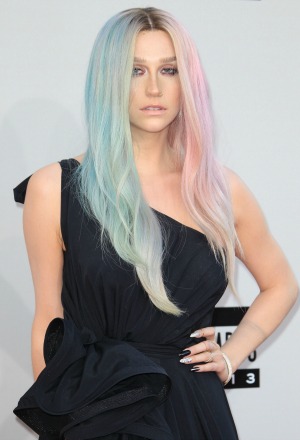 Ke$ha is continuing her fight against anorexia and bulimia after checking into rehab earlier this month, and her mom is speaking out about what led her daughter down that path. Pebe Sebert said it was bullying that gave her daughter the eating disorders she has.

“I’ve watched my beautiful, self-confident, brilliant daughter be berated and ridiculed for her looks and weight to the point that she almost died,” Sebert told People, adding that it could have ended much worse. “The doctors told me her blood pressure and sodium levels were so low, they’d never seen it that low except with someone who’d had a heart attack or stroke. They said it was a miracle she hadn’t already dropped dead onstage.”

The 26-year-old singer has fought body issues since she was younger, but Sebert blames her producer Dr. Luke and her former manager David Sonenberg for the severity of her problems.

“One time on a conference call, Sonenberg was screaming, ‘You need to lose weight! I don’t care what you do — take drugs, not eat, stick your finger down your throat!'” Sebert remembered. “Ke$ha was just weeping. She drove around afterward thinking about killing herself.”

Sonenberg denied he ever said that, but Sebert said Dr. Luke was just as bad an influence on Ke$ha.

“He has just always been very disrespectful about her weight,” Sebert continued. “He’d say it in certain ways, like ‘Why don’t you try running?’ She was doing everything and not getting thin fast enough, and that’s when she first became bulimic.”

Dr. Luke has since commented on the claims, saying, among other things, that, “it is unfortunate that at a time Ke$ha is suffering immensely and trying to heal at a treatment center, her mother is taking this approach with the media. I give Ke$ha my utmost support and well wishes for a quick return to health.”

Sebert decided to check herself into the same facility as her daughter because, “Ke$ha wants me to heal along with her.”

The singer’s future is uncertain, but the family knows her health has to be the most important thing in her life, and then she’ll decide what comes next.

“At this point, she doesn’t care if she ever makes a record again,” Sebert said. “She just wants to be healthy and happy.”