Kelly Clarkson seems to be enjoying her pregnancy, despite being sick most of the time. She announced to the world she is having a baby girl. 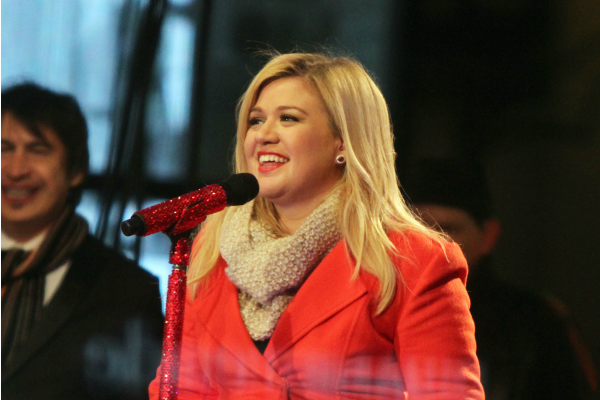 It seems that Kelly Clarkson‘s life just keeps getting better and better. The singer became engaged, got married and found out she was pregnant all in the last year. And now she knows she is having a baby girl.

The American Idol winner announced her pregnancy in November, and has talked at length about the sickness she’s been experiencing since finding out she was pregnant. While visiting The Voice back in December, she told Carson Daly, “I’ve felt better. I’m looking forward to the second trimester.”

Carson Daly was a firsthand witness to her constant nausea, telling People, “She’s been having a bit of a rough pregnancy just with the sickness and morning sickness. She throws up lots. [But] she has a great attitude about it.”

She also told Ellen DeGeneres the same thing back in December.

The baby will be Clarkson’s first, but Blackstock’s third. He has two children, 6-year-old Seth and 12-year-old Savannah, with his ex-wife Melissa. Clarkson really loves being a stepmom, and it looks like Melissa is happy with Blackstock’s new wife as well.

“My kids love her,” she told People. “I couldn’t ask for a better stepmother for my children.”

Clarkson is excitedly looking forward to having her baby, and for now is enjoying the little things in life — but mostly those things that don’t make her sick.