Drew Barrymore embodied the definition of wild child in her youth, but, the grown-up version of herself would not allow her own daughter to pose nude for Playboy as she did. 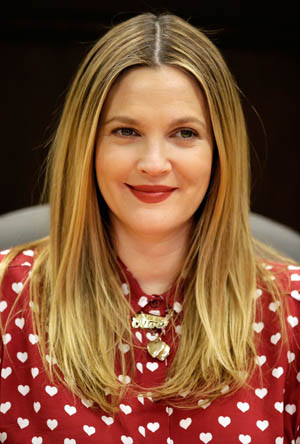 Drew Barrymore has come a long way from her wild and crazy younger days. While she appeared nude in Playboy at just 19 years of age, the Charlie’s Angels star would not let her own daughter, Olive, do the same.

Drew Barrymore finally has the family she has always wanted >>

With a drug-addicted past, posing nude for a magazine spread and getting divorced all before she even hit 20 years of age, Barrymore has certainly had an unrestrained and turbulent childhood. But being a mother has changed the now-tame actress, and she would not let her daughter do much of what she did as a young girl.

During an interview with ABC News, Barrymore was asked by Amy Robach if she’d allow Olive pose for Playboy at 18 or 19. “I would not let her,” she answered.

“I don’t think I would. I would influence her not to,” Barrymore added. “Because my life choices are supposed to be the gateway to somebody else’s. That’s my journey.”

However, the former child star also said that she doesn’t regret what she’s done in the past, and that it’s all part of being who she is.

“I celebrate that I had any sense of freedoms at a certain point, because I don’t feel like that now,” Barrymore explained. “I love the very exposed, humorous, imperfect, never trying to pretend to be a perfect journey that I’ve been on in my life.”

But all of that is in the past, because Barrymore, who is pregnant with her second baby girl, is in full “mom mode now.” She has no regrets, but she’s in a very different place these days and just wants to focus on being a good mother to her children.

“The best kind of parent you can be is to lead by example. Whatever I’ve experienced in my life is a part of my story, and I’m proud of that,” Barrymore said. “But it’s someone who wakes up early, works all day, believes in charitable work, business-minded, diligent, accountable, problem-solving… I’m so much about school, consistency and tradition.”