Rumors have been circulating for months that Shailene Woodley’s cut scenes from The Amazing Spider-Man 2 meant she had been fired from the role. The actress finally opens up, but she seems to be in the dark as much as everyone else. 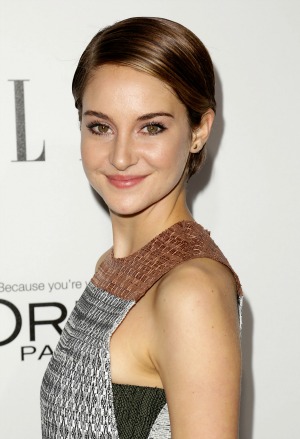 As an actor, you can imagine there’s almost nothing to hurt your spirits more than being hired for one of the biggest films of the year, and then being fired from it. For Shailene Woodley, that may not be the case, but no one seems to know.

Woodley was hired as the all-important love interest Mary Jane Watson in The Amazing Spider-Man franchise. She filmed a small part for the second film, but those scenes didn’t make the cut. It was then rumored she wouldn’t be in any of the future films either.

The actress talked with MTV about her role while out at the Sundance Film Festival, and stayed very vague. But things are not looking good.

“I don’t know anything, but seeing as how they picked up the next two Divergent films, I don’t know how I would keep my sanity with two big action films in one year,” she said. “But anything can happen.”

Woodley’s busy schedule is a problem, and since Divergent is being compared to the Hunger Games franchise, it will likely take plenty of her time in the next few years. The actress also stars in The Fault In Our Stars, based on the John Green book, about two teens who fall in love after meeting at a cancer support group. The role has her again starring with her Divergent co-star Ansel Elgort, and Woodley is a big fan.

David O. Russell: The Hunger Games has made JLaw a slave >>

“There is one scene in the book where Gus goes to a gas station, and he tries to buy a pack of cigarettes because it’s the only way he can assert his own independence after becoming very sick,” Woodley said. “[Elgort] did that scene so much justice, and he brought his all. It was midnight when we filmed it, and he just sat there and lost it for hours. I was just sort of in awe.”

You can see Woodley next in Divergent, which is out March 21. The Fault In Our Stars hits theaters June 6.