Liam Payne made it known in a recent Twitter tirade that he’s had enough of the haters. Is the One Direction star about to leave Twitter for good now? 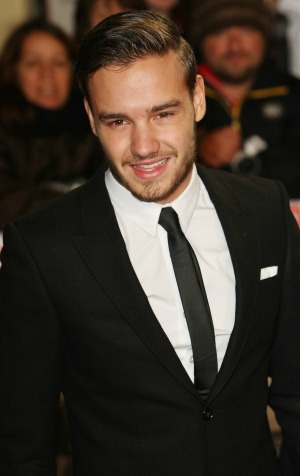 Being a part of a boy band supergroup does not come without its cons, as One Direction heartthrob Liam Payne has discovered. The problem with constantly being in the public eye is that people are going to judge you — for everything!

The “Best Song Ever” singer has clearly had enough of all the criticism he’s been facing recently.

The latest criticism came about because Payne admitted to enjoying the hit TV show Duck Dynasty, which has been surrounded by a storm of controversy because of patriarch Phil Robertson’s alleged homophobic beliefs that were published in the January 2014 edition of GQ magazine.

Payne came under fire for being a fan of the show and its family values, so the star decided to take to Twitter to silence his critics and set the record straight.

He tweeted, “Being a fan of someones show and the way they still hold a family together doesnt mean i am ok with all they say. (sic)”

“Oh my god can someone literally not be a fan if a show without bring labeled WTf I bought dinner the other day it made a news story. (sic)”

Payne then tweeted a series of more than 10 tweets, expressing his views. He wrote, “What I gotta do to please you b******s I’m a 20 year old just living life as you did when u where twenty but in extraordinary circumstances. (sic)”

“I can’t do anything without being judged u try that and write about it (sic).”

This is not the first time the One Direction member has been under public scrutiny for seemingly no reason. And Payne is getting tired of always having to watch what he says and apologize for his actions.

The “Story of My Life” hit maker came under fire again last week for posting a picture of himself posing on a roof ledge. There’s no doubt the British star is feeling like he can’t please anyone at the moment, and One Direction fans’ hearts sank with Payne’s next tweet.

He wrote, “Sick of all this bull il be back again when the freedom of speech law is back and people don’t believe to much into the bulls#!t they read (sic).”