Madonna has done it again! The queen of pop has caused a stir with an inappropriate racial slur. 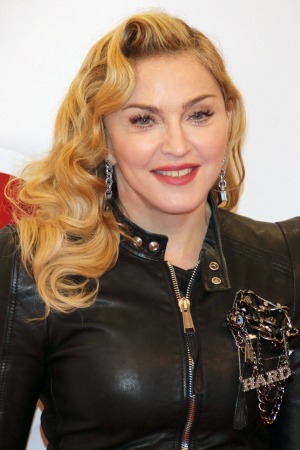 Madonna has been receiving a lot of unwanted attention from the press lately.

First, it was because of a photo the Material Girl posted on Instagram of her underage son Rocco Richie and his friends with a bottle of Tanqueray gin. And now, well, it’s also because she posted another photo of her son on Instagram with a controversial caption.

You would think the “Girl Gone Wild” hit maker would have learned the first time around. However, this time she posted a photograph of her 13-year-old son boxing on Friday.

But it was not the image that caused an uproar, it was the caption, “No one messes with Dirty Soap! Mama said knock you out! #disn****.”

The racial slur deeply hurt and angered the star’s fans, forcing her to remove the original caption and replace it with, “Ok let me start this again #get off my d*** haters!”

However, the damage was already done and the queen of pop released a statement to Us Weekly to apologize to everyone she had offended.

The “Like a Virgin” singer said, “I am sorry if I offended anyone with my use of the N word on Instagram. It was not meant as a racial slur.. I am not a racist.”

“There’s no way to defend the use of the word. It was all about intention.. It was used as a term of endearment toward my son who is white. I appreciate that it’s a provocative word and I apologize if it gave people the wrong impression. Forgive me.”