Are you ready for another live stage production for 2014’s holiday season? NBC is banking on it by announcing it will tackle Peter Pan by year’s end. 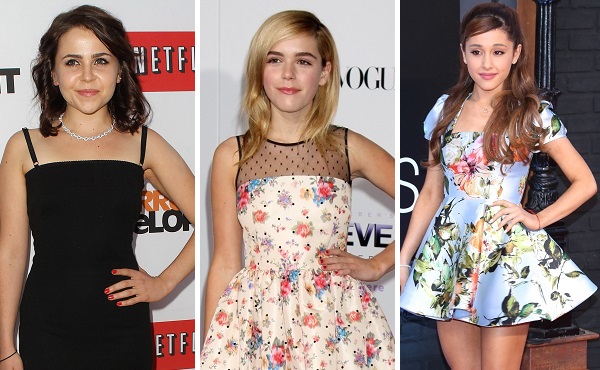 After the massive success of 2013’s Sound of Music Live holiday special on NBC, the network has decided to try it again in 2014. Next up, it will take on Peter Pan with an as-yet-to-be named all-star lineup and we can’t wait! Sure, we’re 11 months out, but we thought we’d take a little dream casting for the role of Wendy Darling.

Holy moly! Sound of Music was a huge success >>

This Game of Thrones star plays a rough-and-tumble girl at the moment, but we definitely think the petite and talented young actress could nail the role of the Wendy bird.

We already know she can sing, right? While the fair-haired country star would make for a much better Tinker Bell, that role doesn’t require an actual human. If NBC wants the star power of Carrie Underwood, Swift is the way to go.

The Parenthood star is already a little older than Wendy, but the talented and petite actress is still a perfect fit. Plus, she already has some Never Land experience from her voice role in one of the Tinker Bell movies.

Is Mae Whitman’s Amber seeking answers from her father? >>

Ariana Grande might be the best choice for the role. She’s about spot-on agewise, her voice has a sweet, Wendy-esque quality and she’ll pack a punch with tween and teen viewers.

Miranda Cosgrove is young, adorable, funny and talented. We could easily see her huddling up lost boys just as she managed to keep Sam and Freddie (mostly) in line for six seasons of iCarly.

With Mad Men soon coming to an end after two more half seasons, Kiernan Shipka should have plenty of time on her hands. From her days as Sally Draper, we already know how she’ll do with ringlets. We’re sure this super-gifted girl can pull off a live performance.

We already know this chick can act! She blew everyone’s minds a few years ago when she came onto our screens as a bada** young girl in True Grit. Her recent role in the remake of Romeo and Juliet proves she can play a softer character, too.

Which one of the many girls roaming around in Hollywood is NBC likely to choose for its next live production? We’re probably months away from knowing. We’re sure that no matter who stars in the role, she will bring just as much talent and charisma to the stage as Underwood.