How well do you know this Best Supporting Actress? Let’s take a look at some of the most important deets! 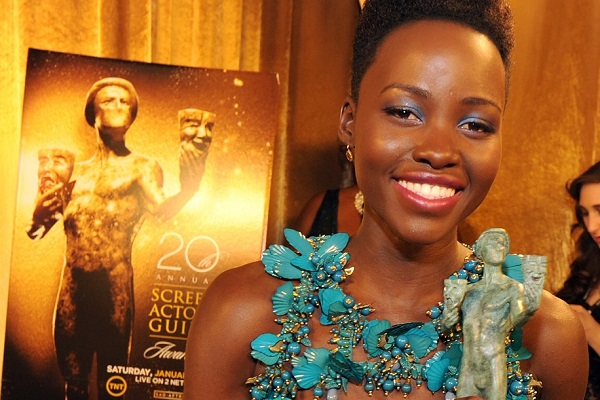 Some actors struggle for years before winning Screen Actors Guild Awards or Critics’ Choice Awards. The gorgeous and insanely talented Lupita Nyong’o, however, is winning those awards after starring in her first major film, 12 Years a Slave. Her thank-you speeches make us cry (and laugh), but what do we really know about her? Some things might surprise you!

Want to know all the winners from the Screen Actors Guild Awards? Our live list will keep you covered >>

1) Nyong’o was actually born in Mexico City. She’s a Kenyan citizen, though, as her parents moved there when she was an infant.

2) Before 12 Years, Nyong’o had only worked on two film roles. Baristas all over Hollywood must really hate her!

3) Proof she’s talented: She has a master’s degree from the Yale School of Drama. Impressive!

4) Her father is a prominent Kenyan politician.

5) She’s already completed her next role, in the film Non-Stop. She’ll appear beside the legendary Liam Neeson and Julianne Moore. Downton Abbey‘s Michelle Dockery also stars in the film.

6) She’s ready to try her hand at modeling, too. Nyong’o was recently named one of the faces of Miu Miu. She’s working alongside Elle Fanning and Elizabeth Olsen.

7) If she seems to give off that caring, big-sister vibe, that’s because as the second of six children, she plays big sister to four siblings (including her younger brother, who lives with her in New York).

8) Before stepping in front of the camera, she worked behind the scenes on the crew of the films The Constant Gardener and The Namesake, thanks to her degree in film and theater studies from Hampshire College.

9) Nyong’o wrote, produced and directed the video In My Genes — which follows the lives of people living in Kenya.

10) She’s still a total fangirl! Nyongo’s Instagram is loaded with pictures of her and the celebrities she’s met while at awards shows. 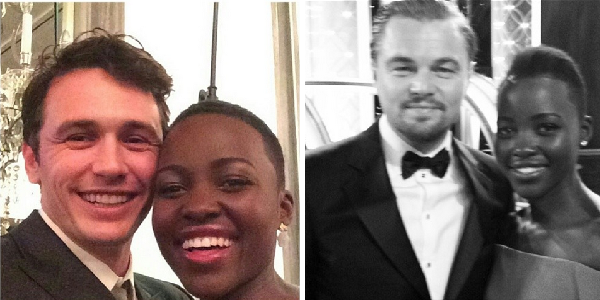 Do you love her yet? We do, too! We wish her all the best for the rest of the awards season and can’t wait to see what’s next for this lovely lady!

For more awards show news, sign up for our newsletter >>