Uh-oh! It looks like The Bachelor is in over his head. Can his anti-gay remarks ruin the show? History suggests probably not. 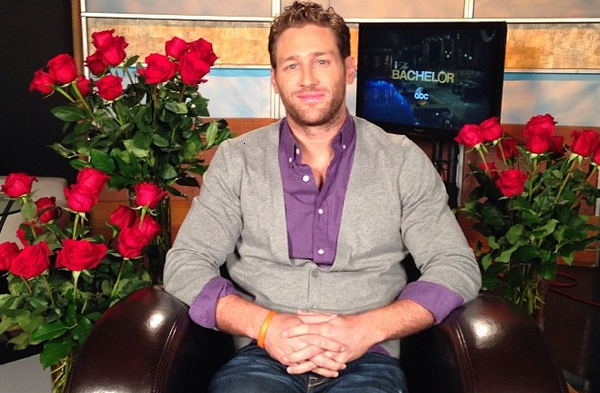 Talk about the pot calling the kettle black. At a party for ABC, all hands were on deck to talk to the press and promote their shows. The Bachelor‘s Juan Pablo Galavis was there, as well — but he was promoting his opinions on the homosexual lifestyle instead of promoting his popular dating show. Galavis is The Bachelor‘s first Latino leading man, and while he expects to be treated fairly, it appears he doesn’t think that should be the case for everyone.

INTERVIEW: Will Galavis refuse to pick a final girl? >>

When The TV Page’s Sean Daly asked the Bachelor whether he thought there could ever be a homosexual version of the show, there’s no way he could have anticipated Galavis’ response.

Seems pretty hypocritical from a man whose current “job” is to court two dozen women. How great of an example is he being to his own daughter by parading around on television with tons of different women he’s never even met? How many will he kiss, hook up with and declare his “love” to? Seems like the Bachelor is showing his daughter she should never expect to be treated as special and that she should never expect to be the one-and-only girl in her boyfriend’s life until she’s wearing a ring. In Galavis’ eyes, all his possible sleeping around is completely OK, though. Why? Because he’s doing it with the opposite sex.

Jersey Shore EP shares her opinions on JP and more >>

To be fair, his tone was in no way hateful, and he claimed to have a few homosexual friends. Still, when he tried supporting his beliefs, he seemed to back them only with ignorance.

“Obviously people have their husband and wife and kids and that is how we are brought up. Now there is fathers having kids and all that, and it is hard for me to understand that too in the sense of a household having peoples… Two parents sleeping in the same bed and the kid going into bed… It is confusing in a sense. But I respect them because they want to have kids. They want to be parents. So it is a scale… Where do you put it on the scale? Where is the thin line to cross or not? You have to respect everybody’s desires and way of living. But it would be too hard for TV.”

What’s next? So far, ABC has yet to issue any sort of statement. It’s hard to predict the outcome of this situation, especially based on recent events surrounding the redneck-centered Duck Dynasty. The Robertsons’ Dynasty is certainly viewed by a lot of people who share the family’s values, so suspending patriarch Phil wasn’t an acceptable outcome to the show’s fans. However, it’s a good bet that The Bachelor‘s audience is a lot more open-minded, which means that the stated opinions of the show’s lead may well have offended a great percentage of the show’s viewers. On the other hand, because Galavis’ tone was about 100 percent less crass than Phil Robertson’s was, are his comments more forgivable? Best-case scenario for everyone would involve ABC releasing a statement offering some distance between themselves and their star, followed by swift action to make the next season of The Bachelor be JP’s worst nightmare: A gay or bisexual lead looking for love. We’d watch.

To hear the interview, head over to TheTVPage.com. You can read Daly’s article and then listen to the audio at the bottom of the article.