Kristen Wiig is one of the sharpest, most talented comedic actresses of the past decade. But she had her heart set on something else. 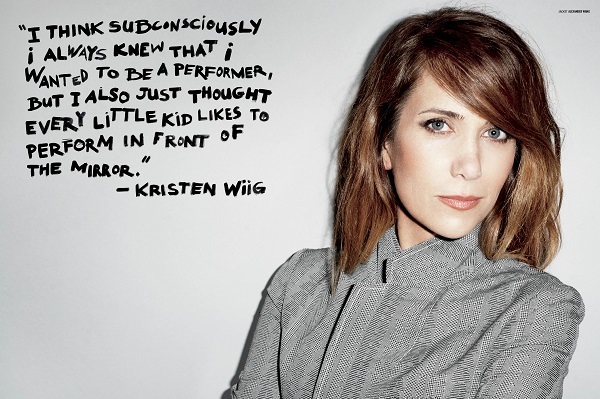 It’s hard to imagine that Kristen Wiig, one of the most successful comedians of the past decade, didn’t start out acting in search of laughs. But in a new interview for V Magazine, Wiig admits that in the early stages of her career, she never seriously considered comedy as her first choice.

“When I first wanted to start acting, I was probably drawn to [drama] first and then I got into comedy, but I hope I can do a bunch of different things. I want to direct, I want to write more, and, I don’t know, do music and paint.”

And Wiig is doing just that. The 40-year-old star is rapidly transitioning into playing more dramatic characters, like her recent role as Cheryl in the Ben Stiller film The Secret Life of Walter Mitty. Wiig is even set to co-star along with Bill Hader in the independent and very dramatic film The Skeleton Twins, which centers on twins who must confront deep-seated issues from their past in order to reconnect.

5 Ways to be Kristen Wiig: Our favorite characters >>

The SNL alum says she hopes her fans understand that her decision to move outside her typecast comedic performances comes from purely artistic motivation.

But Wiig says she realizes that it may be difficult for viewers to accept her career shift.

“People know you how they know you… People are always very surprised.”

And even if she is battling a comedic typecast, Wiig says she knew she was destined for Hollywood despite her small-town roots.

“I think subconsciously I always knew I wanted to be a performer… I also came from a town where no one really left and said, ‘I’m going to Hollywood, I’m going to try to be an actor.'”