Gwen Stefani says she can keep her crown as queen of her household after revealing the gender of her baby on Instagram. 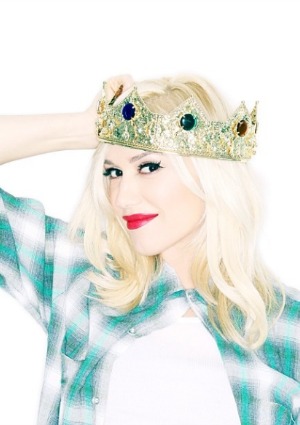 She never officially confirmed her pregnancy, but now Gwen Stefani is telling fans the biggest secret of her year so far: The gender of her third baby with rocker Gavin Rossdale.

The No Doubt front woman spilled the beans in an Instagram post today, posting the news alongside a photo of herself wearing a crown.

“I was ready to hand over the crown. but I guess I am still queen of the house. #itsaboy #surroundedbyboys,” she wrote.

Stefani and Rossdale never issued a statement confirming the pregnancy, but suspicion grew along with the blond rocker’s burgeoning belly after a photo circulated of Stefani cradling her very obvious baby bump at the Wallis Annenberg Center For The Performing Arts Inaugural Gala presented by Salvatore Ferragamo in November.

“Gwen and Gavin couldn’t be happier,” an insider told In Touch Weekly in September. “She’s just trying to focus on resting right now. She wants to make sure that all is well with the baby.”

By our calendar Stefani should be just about at term, and while it’s unclear if her Instagram post is merely a gender reveal or an actual birth announcement, but one thing is for sure: This is one highly anticipated baby.

“I really, really, really wanted one about two years ago. And it didn’t really work out,” she told Marie Claire in 2012. “So… I feel good with what we’ve got. Everything works out how it should. You can’t plan anything, right? You can try.”

Stefani and Rossdale, who wed in 2001, already have two sons, Kingston and Zuma.