If you are the queen of England, you can get what you want — even if means getting your rebellious grandson to shave his beard. 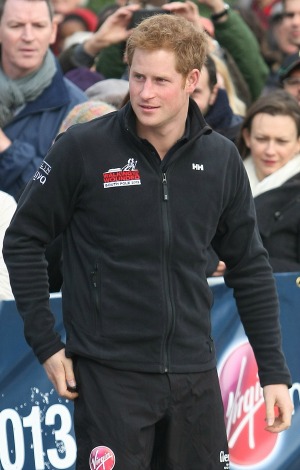 Prince Harry has been receiving a lot of press for all the right reasons in recent months.

Gone are the tabloid gossip stories about his party boy behavior — the 29-year-old royal has moved on to bigger and better things, including becoming the first royal in the South Pole!

Prince Harry decided to take part in the Walking With the Wounded’s charity trek at the end of last year. For more than three weeks, he traveled with teams that pulled sleds across Antarctica for about 210 miles.

According to Us Weekly, Prince Harry said at the time, “I’m so proud, I’m so chuffed and so privileged to be here with all these guys and girls… what an amazing accomplishment.”

“I think we’ll be having a few whiskies tonight and then everyone’s looking forward to getting home.”

“It will just prove to everybody that there’s so much that can be made possible when you think that nothing is left.”

While he was in the South Pole, we doubt very much that looks were at the top of the British royal’s list. He allowed his beard to grow out during the difficult journey. However, back home his grandmother Queen Elizabeth II was reportedly unimpressed with her grandson’s scruffy new appearance.

A palace source revealed to Us Weekly, “Facial hair will never go down with the queen.”

“Staff must be clean-shaven at all times,” the source said.

It appears the 87-year-old British monarch has gotten her way because Harry has taken comfort in a razor and his beard is no more.

According to Us Weekly, a recent photograph on Instagram shows Prince Harry beardless and accompanied by one of his security guards. We guess if you’re the queen of England, you’re able to get whatever you want.