That time Aisha Tyler cracked us up! 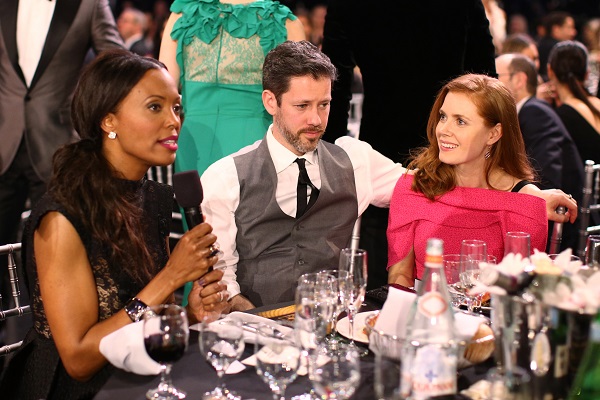 Whose Line is it Anyway?‘s Aisha Tyler nailed the opening monologue at the 2014 Critics’ Choice Awards. She had us, and the audience full of Hollywood elite, laughing our butts off. We especially loved when she shared last night’s “wet dream!” Check out these fantasies and sassy moments:

“Welcome to the 19th annual Critics’ Choice Movie Awards… a night where a bunch of people who absolutely hate movies tell you which movies they hated the least.”

“This night celebrates their choices for the best films of the year. But, like everything else in this needy, soulless town, tonight is all about the stars.”

“There are so many huge stars representing so many extraordinary films here tonight that I cannot possibly mention them all. So, in true Hollywood fashion, I’m only going to pay attention to the ones I’d like to sleep with.”

Which Oscar nominee is hotter: Brad or Leo? >>

“McConaughey is here tonight. So incredible, so brilliant. In both Dallas Buyers Club and The Wolf of Wall Street. In both films, Matt’s characters struggle with casual sex and rampant drug use. Well, like, not really “struggle,” more like owned, dominated. So congratulations for your first Oscar win for being the hardest-partying animal in the world… nominee. Did I say “win”? That was my wet dream last night.”

“Amy, I have never seen anyone make tragically-permed hair so incredibly foxy. Wait, you know what? I have actually: Bradley Cooper. You made it look super foxy, too.”

“I drove here in a Porsche today after a white guy made me scrambled eggs.”

“Leonardo DiCaprio is here from Wolf of Wall Street… the movie tells the story of a foul-mouthed, drug-addicted Wall Street swindler who robbed people of their savings and slept with so many prostitutes he single-handedly depleted the nation’s stockpile of penicillin. And is, as Metacritic put it, ‘One of the finest family films ever made.’ …it also famously set a record for use of the F-bomb. A whopping 506 utterances in just three hours. Leo, I think someone needs their mouth washed out with cocaine.”