Meryl Streep’s assertion Walt Disney was a bigot has been backed up by the late creator’s own grandniece, who admits she has mixed feelings about the man played by Tom Hanks in Saving Mr. Banks. 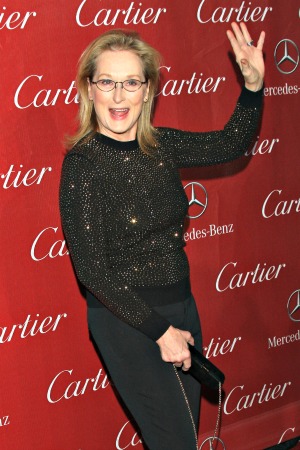 Meryl Streep has found an unlikely supporter in Walt Disney’s grandniece. The actress, who made headlines recently for alleging the late businessman and animator had some less-than-admirable character attributes, was telling the truth, according to Abigail Disney.

Following Streep’s Jan. 7 appearance at the National Board of Review awards ceremony, during which she claims Walt Disney “had some racist proclivities” and “supported an anti-Semitic industry lobbying group and [was] a gender bigot,” Abigail Disney took to Facebook to express her point of view.

In a post published Friday she wrote, “Anti-Semite? Check. Misogynist? OF COURSE!! Racist? C’mon he made a film (Jungle Book) about how you should stay ‘with your own kind’ at the height of the fight over segregation! As if the ‘King of the Jungle’ number wasn’t proof enough!!

“How much more information do you need? But damn, he was hella good at making films and his work has made billions of people happy. There’s no denying it. So there ya go. Mixed feelings up the wazoo.”

Though many who knew Walt Disney came to his defense after Meryl Streep’s speech, Abigail Disney went out of her way to vouch for the actress.

“I LOVED what Meryl Streep said,” she went on to write. “I know he was a man of his times and I can forgive him, but Saving Mr. Banks was a brazen attempt by the company to make a saint out of the man. A devil he was not. Nor an angel.

“That’s the point and if you read ALL her remarks you’ll know that’s exactly what she was getting at. She said exactly what I said about how in spite of it all, his vision was amazing and he brought joy to so many around the world. So I say Brava Meryl. I don’t believe in bashing for bashing’s sake but whenever we see a misplaced attempt at hagiography we need to speak our minds!”

The Walt Disney Company has declined to respond to Abigail’s comments.

Do you believe Abigail Disney and Meryl Streep, or not?