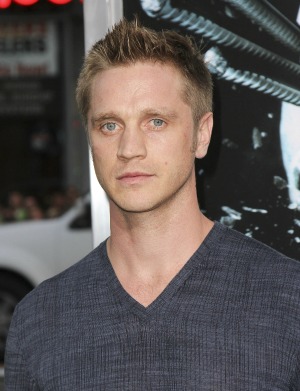 It’s a bundle of joy for actor Devon Sawa and his wife, Dawni. The couple confirmed to People that they welcomed a baby boy into the world on Jan. 9.

While this is the first official confirmation of his son’s birth, there were definitely hints on social media that something pretty spectacular had happened. On Jan. 11, Sawa posted a cryptic tweet to his over-98,000 followers.

On Thursday, the CW actor professed his love for his new son on his account.

The Canadian native got his big break in the 1995 film Casper, which starred fellow child actor Christina Ricci. The two went on to star in Now and Then later that year. Sawa has appeared on Nikita as Owen Elliot since it debuted in 2010. His wife is a producer on the Canadian version of The Bachelor.

The 35-year-old dad has been pretty private about his personal life. He only admitted in early December that he was expecting a baby with his wife and many fans did not even know the actor had tied the knot. In fact, there isn’t a published date as to when their nuptials occurred. That’s pretty secretive!

Congratulations, Devon and Dawni! Welcome to the world, baby Hudson!