Another classic television actor has passed away. On Thursday, Russell Johnson, best known as The Professor on Gilligan’s Island, died of kidney failure. 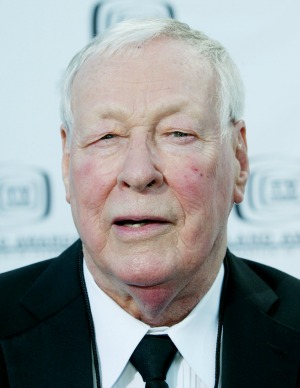 For fans of the classic TV show Gilligan’s Island, Thursday was a sad day. Russell Johnson, who played Professor Roy Hinkley during the three-season run, died at age 89.

The actor passed away at his home in Washington surrounded by his family, including his wife Constance Dane and daughter Kim Johnson. According to ABC News, the cause of death was kidney failure.

His widow spoke to the network about his passing. “He died at home, peaceful, in his sleep at 5:21 a.m. today. [He was] a very brave guy who knew what he wanted, and he wanted to be at home.”

He was best known for the Gilligan’s Island role, but the Pennsylvania native served in World War II before pursuing his acting career. Some of the series he worked on in the 1950s and ’60s included Alfred Hitchcock Presents, The Twilight Zone and The Adventures of Superman.

After he was cast in his iconic role as The Professor in 1964, his place in television history was sealed. His career in later years included an episode of Newhart and Roseanne as well as his final role in Meego in 1997.

Dawn Wells, who played Mary Ann on the show, posted a photo on her Facebook page with the late Bob Denver, who played Gilligan, and Russell.

She wrote, “My 2 favorite people are now gone. The Professor past [sic] away this morning. My heart is broken.”

This year is the 50th anniversary of the show’s debut, when the S.S. Minnow set off for its “three-hour tour.” Farewell, Professor!