Robert Pattinson has sold the home he shared with Kristen Stewart before she shattered his heart by cheating. 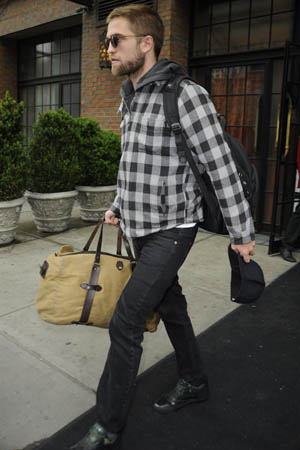 Robert Pattinson finally sold the big mansion he shared with Kristen Stewart when the former lovebirds were still together, and said goodbye to the old memories left behind.

Robert Pattinson’s workouts are paying off >>

The British actor was able to rid himself of the beautiful Spanish-style villa that he hadn’t lived in since moving out after Stewart’s infamous summer of 2012 cheating scandal. The home, which is in the hip Los Feliz neighborhood of Los Angeles, sold for $6.375 million, allowing Pattinson a small profit after he had bought it for $6.275 million in September 2011. He listed it this past October for $6.75 million.

The luxurious hacienda takes up 1-1/2 acres and boasts gorgeous gardens with a lagoon pool and awesome views of the city. It has three bedrooms and three and a half bathrooms, E! News revealed. Built in 1922, it still has most of its original details.

The large house had been vacant for some time, as the 27-year-old actor kicked Stewart out when he found out about her indiscretions. A short time later, Pattinson moved out himself to go live in a posh Beverly Hills rental.

Pattinson and Stewart famously got back together some time after she cheated, but the pair opted to share their respective residences, instead of moving back into the Los Feliz home. Stewart bought a huge pad not far from their former love nest where she and Pattinson were often photographed spending time together and going for swims with pals.

Ultimately, however, the famous pair split up for good, going their separate ways in May of 2013. Selling his home was apparently Pattinson’s last goodbye to the troubled relationship and all the discombobulated memories that undoubtedly lingered around.