Amy Robach is in the middle of the fight of her life, but she decided to take some control back from cancer. 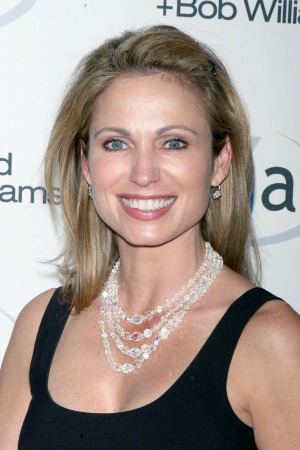 The Good Morning America co-host appeared on the show Wednesday morning, Jan. 15, with a brand-new look. Robach’s hair was much shorter than it was, and she said she cut it to take some control back from the disease, according to ABC News.

“We know in our line of work that appearance is important — and it’s important to anybody and everybody, really,” she explained. “And I decided I was going to take control of one thing away from the cancer, so I got my hair cut.”

Robach discovered the breast cancer after undergoing a mammogram live on TV. The test was part of GMA‘s October Pink Initiative. She said she had never had a mammogram because she had no family history of the disease.

After the mammogram, she was called in for further testing, and finally made the announcement live on the air.

“It’s still hard for me to say the words out loud,” she told viewers. “I have breast cancer.”

Robach underwent a double mastectomy in December, and returned to work after, but has now undergone two of her eight chemotherapy treatments.

“Today, I am taking control of something I have very little control of,” she explained. “I am going to cut my hair very short. I want to say that I had something to do with how I look, not the cancer.”

Robach showed the haircut process to viewers, and began crying as her hair was cut off, and said, “I knew I’d cry at least once. It’s like a fresh start, a new chapter.”

The journalist explained that by showing her haircut on the air she hopes it will give strength to other patients suffering from the same disease.

Watch the video of Robach’s haircut