Police say that despite appearances, the huge show of force over the Justin Bieber egging incident was absolutely necessary. 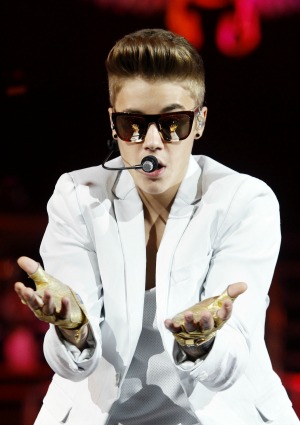 The media coverage of the police raid on Justin Bieber’s California compound over an egging incident seemed, well, a bit much for what looked like an admittedly mean-spirited prank, but police explained today exactly why they had to make such a big show of force.

“I’m being criticized for having too much, but I don’t think I had enough,” he told Fox News, explaining that Bieber’s compound encompasses 10,000 square feet and that two of the star’s bodyguards have criminal records (one of whom was armed).

“We were dealing with three locations,” Thompson said. “And we had no idea how many people were in that house. He has had so many people in there before — some tied to guns, drugs and all kinds of things.”

Are Justin Bieber and Selena Gomez back together? >>

“The decision was based on how many people to expect, which we didn’t know, and it was also based on previous contacts, which have always been negative. I stand by my decision. We had 12 detectives and there were in fact seven people at the house. To me, those odds aren’t that good.”

What exactly is the crime? In addition to finding $20,000 worth of damage to the neighbor’s property — far beyond the $400 felony threshold — Thompson revealed that Bieber could be charged with assault.

“The victim and his young daughter were in the line of fire for the eggs, which is an assault,” he explained.

Bieber has not yet been arrested, but that doesn’t mean he won’t be. Cops are examining security footage.

“He has not been arrested, but he’s not been ruled out,” Thompson said. “The neighbor identified him and he is a suspect in this case. We want to get evidence that would either solidify this case or possibly exonerate him.”

Cops also found a multitude of illegal drugs, believed to belong to Bieber associate Lil Za, who was was arrested at the home.

Tell us: Should Justin Bieber be charged?