The CW has picked up an interesting four-hour event series titled Labyrinth, starring Downton Abbey‘s Jessica Brown-Findlay and John Hurt, about two young women searching for the Holy Grail, and it will span centuries. 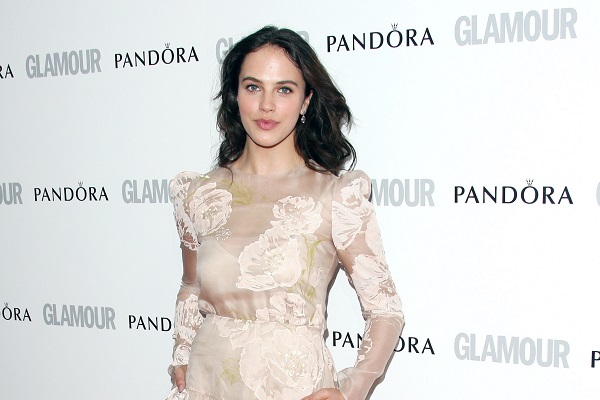 Are you a fan of Dan Brown’s The Da Vinci Code? Do movies like National Treasure get your juices flowing? Then you’ll probably be excited at the prospect of a four-hour event miniseries that was picked up by The CW Network and announced by its president, Mark Pedowitz, at the Television Critics Association Press Tour today.

Poll: Does Mary belong with Bash or Francis on Reign? >>

Labyrinth is the story of two young girls, separated by centuries, who are united in their search for the Holy Grail. Alaïs (played by Downton Abbey’s Jessica Brown-Findlay) is a 17-year-old in 1209 Carcassonne, France, whose father entrusts her with a book full of strange words and labyrinth symbols. Although Alaïs cannot understand the mysterious book, she understands from her father that it contains the secrets of the true Grail and she swears to him that she will do whatever it takes keep the labyrinth safe.

Alice Turner (played by Vanessa Kirby) is a young volunteer working on an archaeological dig in the French Pyrenees eight centuries later when she discovers two skeletons in a cave. She realizes she has disturbed a tomb meant to remain hidden only when she examines the labyrinth symbols carved into the rock near the tomb. Alice later learns that what she has uncovered is a horrific past and it’s linked to her own.

We’re definitely excited that Brown-Findlay will be returning to the small screen, and this time on a U.S. network! Her Downton character may have died in the middle of Season 3, but her death still haunts us. This is good news indeed.

According to the press release, the series will be filmed on location in the medieval town of Carcassonne in southwest France as well as in Cape Town, South Africa, and will jump back and forth in time as it follows the stories of Alaïs and Alice.

Will VinCat’s love make them stronger on Beauty and the Beast? >>

Also starring will be John Hurt (Harry Potter and the Deathly Hollows), Sebastian Stan (Gossip Girl), Tom Felton (Rise of the Planet of the Apes) and several more award-winning actors.

There has been no announcement at this time about when we can expect the miniseries to premiere on The CW.