Trace Adkins has been sober for more than a decade, but an incident reportedly set him off and he is now headed back to rehab. 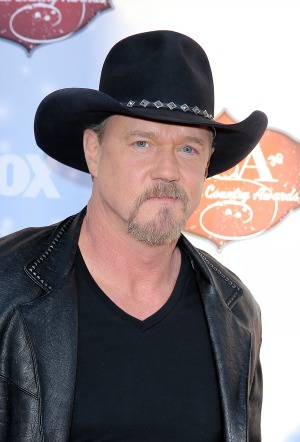 Trace Adkins has made the decision to enter into rehab after being involved in a fight on a cruise ship near Jamaica.

According to People, Adkins was headlining on a “country cruise” when he became involved in an argument with a Trace Adkins impersonator. Adkins was at the bar and the fellow singer was performing karaoke on the ship when the altercation occurred.

Adkins has previously battled addiction to alcohol and he checked into rehab as soon the as the ship reached Jamaica.

“Trace has entered a treatment facility after a setback in his battle with alcoholism,” Adkins’ rep told People. “As he faces these issues head-on, we ask that his family’s privacy will be respected.”

This is not Adkins’ first stay in rehab — he entered into a similar treatment program more than a decade ago after his family staged an intervention.

“I was getting to the point where I was poisoning myself [by drinking so much],” he said in 2009, according to People. “I wish for anybody out there to never have to go through one of those intervention things where you sit down there and people start telling you what you’re doing to them. You’re so weak that it’s come to this. Man, I hated myself at that moment.”

According to TMZ, Adkins had been sober for the past 12 years, up until this incident occurred. They claim that he has met the same impersonator before, but it’s not clear what they were fighting about.

Match the cowboy to the hat >>

Adkins co-hosted the American Country Awards, alongside Danica Patrick, only a month ago. He also appeared on The Celebrity Apprentice earlier in 2013, his second time on the show.

Other performers on the Norwegian Cruise Line ship included Wynonna Judd and Montgomery Gentry, according to the Associated Press. The rest of Adkins’ performances on the trip have since been canceled.