Who needs a husband when you have a career and an adorable baby? Hilary Duff might be divorcing but she’s also back in the acting game. Yes! 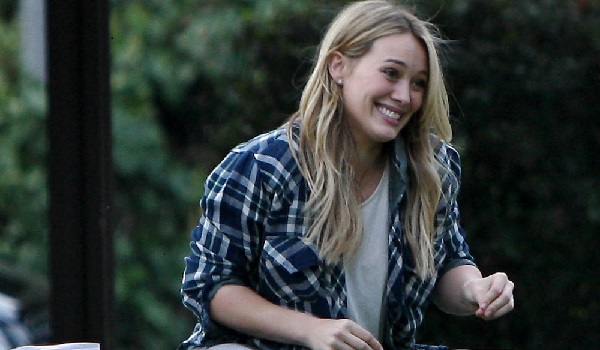 Some good news for the Hilary Duff camp today! It sounds like Duff has a new job.

Deadline is reporting that Duff has been cast as the younger co-star in the new TV Land comedy, Younger. Duff will play opposite Bunhead‘s Sutton Foster in the new show created and produced by Darren Star (Sex and the City).

Younger follows Foster’s character, Liza. After her husband leaves and her daughter heads to college, the 40-something mother tries to reinvent her life, despite the fact that she can’t abandon her old one. In one life, she’s a suburban mother who still celebrates her real birthday. In the other, Liza finds herself working for a publishing house, claiming she’s only 29 years old and trying to shake off Kelsey. Kelsey (Duff), meanwhile, is a young, driven co-worker who quickly welcomes Liza into the firm and her life. Not knowing Liza’s truth, Kelsey continues to try to bring Liza into the office mix and into her own social life.

Will Liza ever give up the ghost and tell Kelsey how old she really is? And what happens when the truth comes out? Can someone who has played the housewife for nearly two decades still swim with the big fish? We might find out if Younger makes it past pilot season.

Bad news: Hilary Duff is getting a divorce >>

Both actresses come with well-established careers. Duff rose to fame with her role on Disney’s Lizzie McGuire. From there, she went on to star in Gossip Girl and multiple movies, including A Cinderella Story and Cheaper By The Dozen. She has also made guest appearances on Community, Raising Hope and Two and a Half Men. Before Bunheads, Foster found much of her success on Broadway, starring in, among others, Shrek: The Musical, The Drowsy Chaperone and Little Women.

Get a sneak peek at the show by reading the book Younger by Pamela Redmond Satran.