They tried, but it didn’t work out. Why did Hilary Duff split with Mike Comrie? 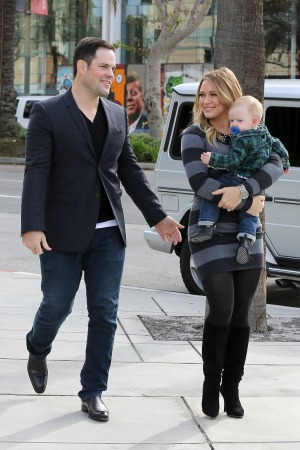 Now that the news about Hilary Duff and Mike Comrie’s marriage is public, several sources are talking about what happened between the couple. Us Weekly talked to friends of the former Disney Channel star about the split.

According to their source, “She felt he didn’t put enough effort into the relationship.”

The 26-year-old and her 33-year-old husband did go to couples counseling for 18 months to smooth out the bumps in the marriage, but that failed to put them on the right track. The insider shared that Comrie “wasn’t doing any of the things they’d worked on.”

The former NHL player has been in a transitional stage of his life since he had a career-ending injury in 2012. Around that time, he had trouble with motivation.

The Us Weekly source explained, “He never did anything!”

Khloé Kardashian: “I’m excited for this year to be over with”

Even with his lack of ambition, the couple is trying hard to remain friends for the sake of their 22-month-old son, Luca. They’ve already been spotting having lunch together just days after the Jan. 10 announcement.

The simple explanation seems to be that “the spark was no longer there,” said an insider. “They are better as friends.”

The couple got married in August 2010 in Montecito, California, after a six-month engagement. Their son was born in March 2012.

Duff is also looking to ramp up her career now that her marriage is over. Her next project, Flock of Dudes, will hit the big screen in the spring.