It’s exciting to have a remodeled home, but that didn’t last very long for Julianna Margulies. Find out what happened to her New York apartment. 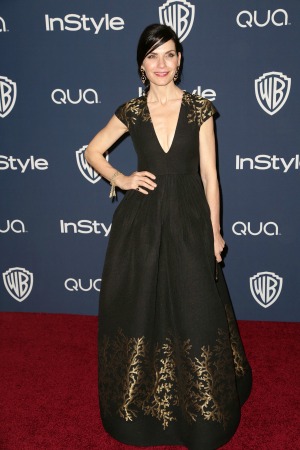 When your home gets photographed for Architectural Digest, you know the decor is pretty spectacular. Julianna Margulies was one of those lucky celebrities who had her New York City apartment featured in the magazine’s February issue. However, this story doesn’t have a happy ending.

On Tuesday, The Good Wife star appeared on Ellen and shared the wet tale of what happened to her redesigned home while she was on vacation with her family over the holidays.

“[The cover] came out the day we got back. We went skiing for Christmas this year. We thought it was time to put the kid on skis. They said, ‘Your Architectural Digest came out because we remodeled’ and I was excited,” said the 47-year-old star.

That excitement was short-lived, though. When Margulies, husband Keith Lieberthal and 6-year-old son Kieran returned after a 30-hour ordeal getting back to New York, their Vicente Wolf-designed home was a mess.

She continued, “We were fine, and then they lost our luggage and that’s fine — it happens. And then we walked into our brand-new apartment with this [magazine], it was in the mail, and everything was flooded. The whole place had completed flooded from the guy upstairs.”

The CBS actress’ upstairs neighbor had his radiator explode over the holidays. Unfortunately, his home repair issue leaked down to Margulies’ unit.

The Emmy winner has a great perspective about the entire disaster. She explained to DeGeneres, “…at least we have pictures.”

“Of what it used to look like,” the talk-show host quipped. “It looked amazing.”

40 mins ago
by Daisy Maldonado