What do you find when you chat with the EP of shows like Jersey Shore and the upcoming Jerks With Cameras? You find someone just as obsessed with reality TV as us! 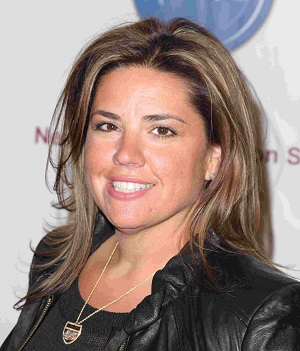 For SallyAnn Salsano, reality TV isn’t just an obsession, it’s her job. But you know, it’s really still an obsession. Over the years, she’s worked on shows like The Bachelor and created Jersey Shore. Right now, she has more reality in the lineup for MTV, CMT and more.

With so much history and so much love for one of our favorite genres of television, we had plenty to talk about.

First and foremost: We needed to discuss The Bachelor. (Obviously!)

“I’m obsessed right now with Juan-uary! I literally can’t get enough of what’s happening right now,” she said. She added later, “But I gotta tell you, I love the advertising. I think it is so easy. The first time I saw it, I, literally, laughed out loud and now I can’t stop talking about it. At every meeting I go to, everyone is like, ‘Is Juan believable?’ Everybody is laughing at it, but it is so touching and so good.”

Is Juan believable? Many reality haters think The Bachelor is all just scam. Salsano makes a valid point, though: Is The Bachelor any crazier than someone else’s love story?

“I think what you see on TV is true to what it is, you just have to believe that people really expect to fall in love that way. But love happens. If you listen to crazy stories of how people fall in love like, ‘I got into a car accident. I fell in love with the guy that hit me.’ Fine. The Bachelor is no crazier than that. But I always find it interesting how all 25 girls still believe that it’s big that they’re there and that they’re going to be the one from the get-go. That was always my favorite part.”

Even as absolute fanatics of the show, we always wondered just how real these girls were when they seemed so convinced they would leave the show with a fiancé. The Bachelor, and other reality shows, always have an air of melodrama. How much of what we see is real and unplanned?

“I think it depends on the producer and it depends on the show. It really does,” Salsano explained. “We’re doing a show right now that premieres Jan. 16 as well called Party Down South on CMT. And it is basically, you know, eight kids in a house in the South that I think are outrageous, lovable, super crazy and all we did was cast them and put them in a house. You know they have a job, they have everything. But what happens there was kind of up to them.”

So, no scripts? No drama for the sake of drama? Salsano admits that the people who are cast for these shows know what viewers want: drama. At the end of the day, though, most of these situations just come naturally to the situations they’re thrust into.

“I love shooting a reality show where you just put the people in a situations, turn on the cameras and go from there. To me, there’s no better experiment on human behavior than doing that,” Salsano said. “I think Jersey Shore and Party Down South are about as free rein as you can go.”

“We have Jerks With Cameras coming out and I love this show,” she said. “You always see hidden camera shows and I’m a huge fan of ridiculousness. But what we set out to do was make an un-hidden camera show where the cameras were making the contact… it’s just average, everyday kids trying to get a rise out of people and I gotta tell ya, that’s pretty funny to watch.”

Sounds pretty awesome, right? We can’t wait to see if The Bachelor‘s JP is the real deal or not. We’re also stoked to see more of Party Down South and Jerks With Cameras. With Salsano at the helm, we’re sure they’ll be highly entertaining!