Prince Harry and Cressida Bonas put a stop to the rumors they were splitting up by going on a hamburger date together. 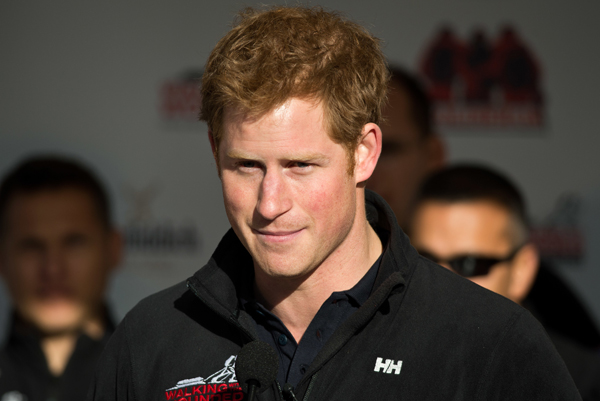 After several rumors surfaced that Prince Harry was close to breaking up with girlfriend Cressida Bonas, the high-profile pair ended the speculation by going out for hamburgers together.

The 29-year-old royal prince “appeared to be having a good time” with his socialite girlfriend, 24, as the two enjoyed dinner at Byron Hamburgers in Kensington this Monday, Jan. 13, People magazine reported. Harry and Bonas were seen by several eyewitnesses, and a source told the magazine that they looked like they were enjoying themselves quite a bit.

Previous reports claimed that Harry and Bonas each spent December on different parts of the globe and the two were drifting apart. However, their time away from each other was due to the fact that Harry was in the South Pole trekking in hostile territory for charity. For obvious reasons, it was not prudent for Bonas to be with her prince in such a dangerous environment, so she chose to go to the Caribbean with pals instead.

However, the Mirror still claimed that “talk of Harry and Cressida getting married could not be further from the truth.” A source for the tabloid insisted that Harry is not looking to get hitched at this time because “he has commitments and plans in other areas of his life that could be jeopardized by settling down.”

Prince Harry is ready for marriage with Cressida Bonas >>

But other sources told E! News that Harry and Bonas are nowhere near breaking up. Hopes that the handsome prince would propose on New Year’s eve at Queen Elizabeth II’s bash were squashed, but the pair still remains very committed to each other.

“It is only a matter of time,” before Harry proposes to Bonas, another E! News insider told the site a few months back.

So, the gorgeous duo may not be headed for marriage just yet, but they remain a couple and seem to be getting more serious by the minute.