Ashley Olsen and her millionaire beau David Schulte have reportedly headed for splitsville. But with a growing fashion empire does the former actress even have time for a man? 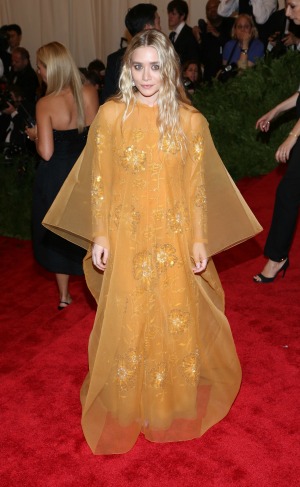 Poor Ashley Olsen! With all the celebrity engagements, marriages and awards happening at the moment, her life is not quite as joyous — she’s just become single again.

The star has reportedly split from her boyfriend, multimillionaire businessman David Schulte, after less than six months of dating.

A source revealed to Us Weekly, “He was a great guy and cute, but it didn’t work out.”

Us Weekly revealed the couple’s romance in September 2013, although it is believed the pair were an item long before they decided to go public.

At the time, a source said, “Ashley is dating David, it’s pretty new.”

The couple initially appeared to be perfect for each other because they share similar interests. The former child star is pursuing her dream as a fashion designer and her beau was the chief executive of luxury eyewear brand Oliver Peoples — which was bought by Oakley in 2006 for a whopping $56 million.

Sadly, it all has come to an end for Olsen. Whilst she has managed to keep her personal life private in recent years, her last major relationship is believed to be with The Hangover actor Justin Bartha, whom she dated for three years.

Olsen previously revealed to E! News how she has managed to keep a low profile in recent years. She said, “There is a threshold in New York, and once you pass that and are considered a New Yorker, they leave you alone.”

“But we’re at the office every day, then home or out for dinner, so there aren’t the opportunities for them to take pictures. For the most part you try and avoid it… [I do], at least.”

There may be no prospect of love any time soon for the former Full House actress, but it appears fashion is her first love anyway. She and her twin sister Mary-Kate are developing a successful fashion empire.