It’s girls versus boys in this new battle on The Originals. Rebekah is sick of letting the guys rule and is ready to take the reign. We think she’d make a perfect queen. 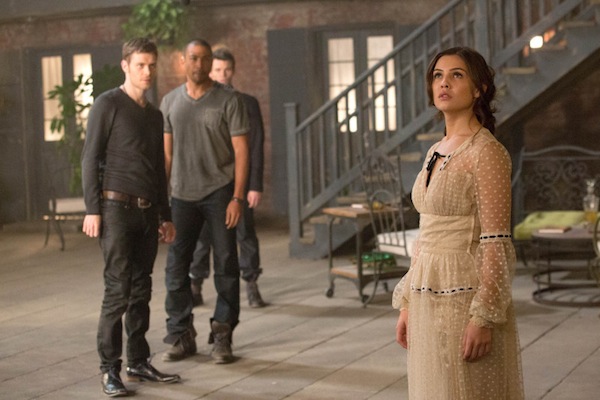 The long wait is over. The Originals has returned! We pick up right where we left off, which means things started off sour on Tuesday night. Sides are changing now that Klaus (Joseph Morgan) has taken over again, and it’s a pretty simple divide: Boys versus girls. Too bad the boys have no idea the girls are conspiring against them.

We girls have to stick together

Vengeance isn’t the only thing on Rebekah’s (Claire Holt) mind. Hell hath no fury like a woman scorned. And Rebekah has most likely been scorned more than anyone. Ever. In fact, she is most likely responsible for that saying in one way or another.

Will The Vampire Diaries‘ Klaus and Caroline hook up? >>

This time, her retribution is coming with the price tag of ruling New Orleans. She’s gathering forces behind Klaus and Marcel’s back, which isn’t that difficult considering they’re running around like chickens with their heads cut off trying to find Davina. Plus, there’s no shortage of people who want to rally against Klaus. 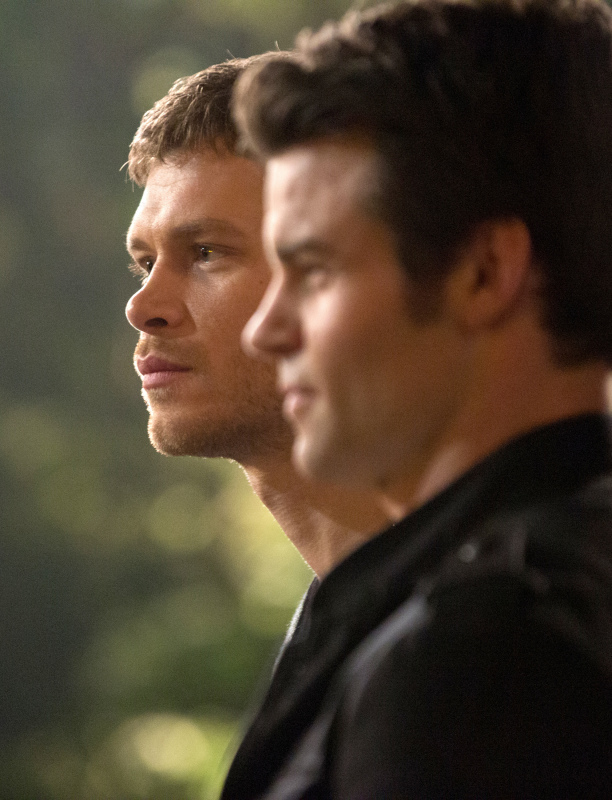 Hayley (Phoebe Tonkin) may be on Team Girl, but she’s sticking all over Elijah. The two are flirting up a storm. She asks him to unzip her dress and his fingers linger. He offers to take her to the Casket Girls party but she warns against Klaus’ wrath.

She asks how his day was and he not-so-subtly replies it’s better now. Though we didn’t really get a good taste of snarky Hayley this episode (and we really could have used a good dose after being away from the show for so long) all the melt-our-hearts tension between she and Elijah made up for it.

Still, it’s nothing more than teasing between the two, but it’s only a matter of time before they forget all about Klaus. They’ve better hurry though. That baby bump is growing quickly and is going to prove to be quite the challenge all on its own soon enough.

It’s a game of one-upping and two-timing

The boys are on a Davina hunting mission while Rebekah is on a Davina trusting mission. She has long since been established as the key pawn in the game for power. Thing is, Davina’s moving from pawn to player.

Klaus didn’t do himself any favors on Tuesday night, as usual. He kills Davina’s crush Timothy, which does a lot to make us want to side with Rebekah. Sure, he gets that broody look in his eyes afterward. He has that attitude of doing what’s necessary because no one else will, but let’s be honest, poisoning Timothy was completely unnecessary. Most of the time, we can sympathize with Klaus. This time, we’re not feeling it.

Cami is also becoming a force to be reckoned with, supernatural abilities or not. It’s about time she found her way around Klaus’ sway for good. Now, she won’t be stopped again, and she isn’t afraid of the infamous Klaus. She’s the one threatening him if he hurts Davina and Josh, she’s prepared to take Klaus’ name public and ruin his chances of ever controlling New Orleans.

Meanwhile, Rebekah is quietly building her army, which includes none other than Marcel’s former right-hand man Thierry. She feeds him blood in The Garden while whispering sweet nothings about her aspirations for taking down Klaus and Marcel.