What’s the hottest movie out for Valentine’s Day? We’re expecting Vampire Academy to steal our hearts but hopefully not our blood. The characters in this story aren’t straight-up vampires, however. Our exclusive infographic explains the genealogy of the mysterious creatures called “Dhampirs”. 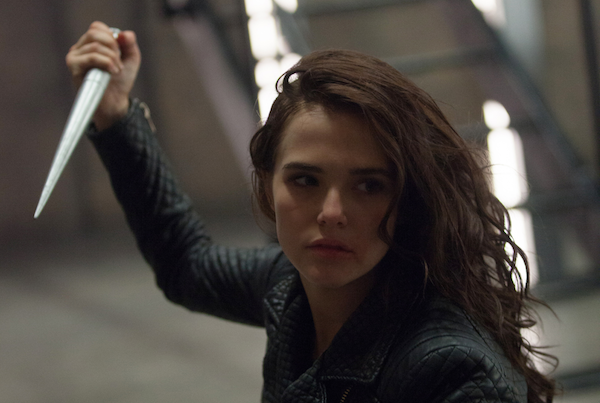 Zoey Deutch plays Rose Hathaway, a Dhampir, or creature that is half-human and half-vampire. The Dhampir is a race of peaceful, non-blood-sucking vampires that can tolerate light, unlike the Moroi. Renesmee Cullen from Twilight: Breaking Dawn is technically a Dhampir, being the daughter of a human, Bella Swan, and a vamp, Edward Cullen. 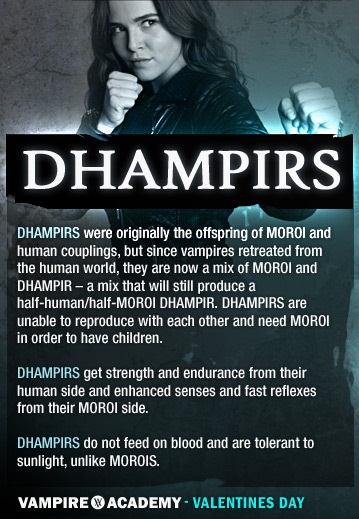 Because they are half-human, the Dhampir have great physical strength and stamina, making them natural protectors of those weaker than themselves.

Where did Dhampirs come from? Actually, they exist in Balkan folklore, as the offspring of a vampire and a human. The word “dhampir” comes from the Albanian language, meaning “to drink with teeth.” 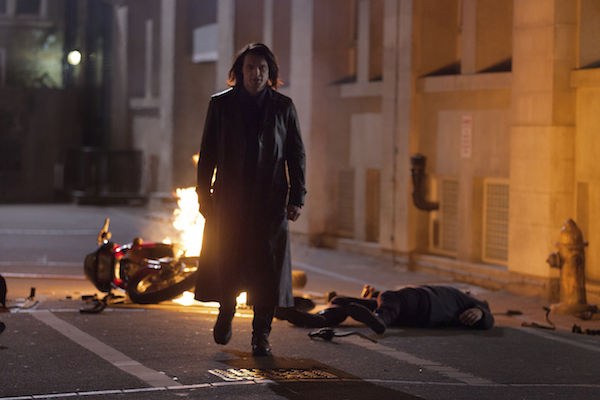 Dhampirs must attend a special academy to train to become guardians of the Moroi, but why do Moroi need guardians? Because of evil, undead vampires called “Strigoi” who constantly threaten them. Dhampirs are trained to kill any Strigoi they encounter. 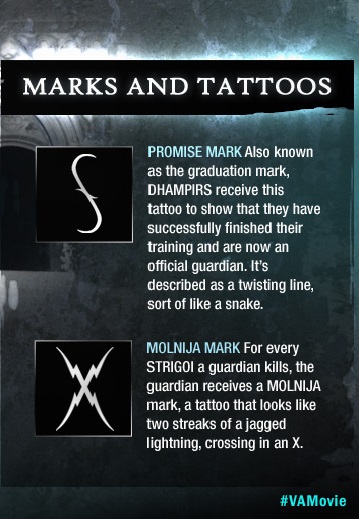 Dhampirs wear two categories of tattoos. The first is a Promise Mark, to prove they successfully finished guardian training. It looks something like an “S.” The second type of tattoo is called a Molnija Mark and looks like an “X.” A guardian gets the mark added to her skin every time she kills a Strigoi. These vamp stamps sound very tribal to us. 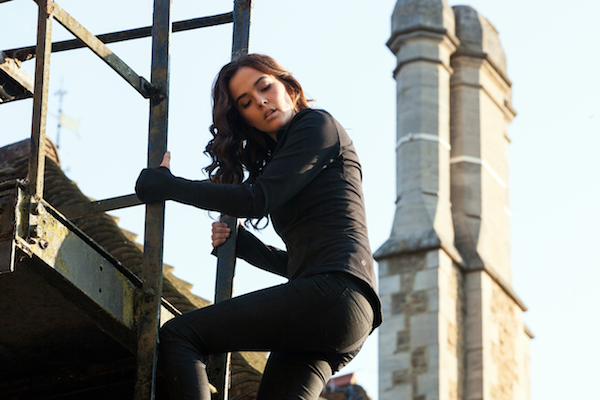 In a recent interview, Zoey Deutch told SheKnows that the movie is, “Fun, sexy and suspenseful,” adding, “If you love to laugh and enjoy yourself, then you’ll love Vampire Academy.”

Loyal fans of the book will be happy to know that the movie stays very close to the popular YA novel. Apparently, author Richelle Mead did her best to make sure the filmmakers closely followed the novelist’s darkly-comedic vision. 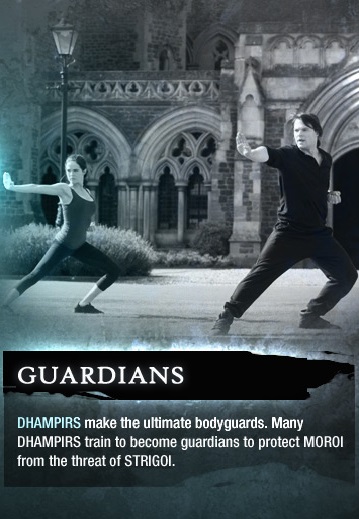