Jenny McCarthy’s bid to be the Bachelorette was shot down by ABC execs for one simple reason. Find out what kept the beauty from looking for love on television. 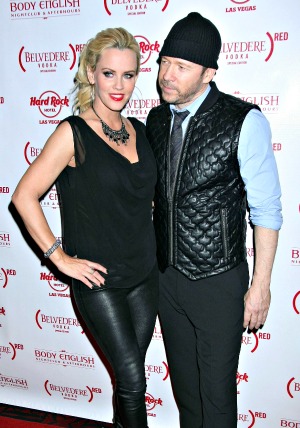 Jenny McCarthy had no shame in her boyfriend-hunting game, and she even tried to hit up The Bachelorette for help finding love. Sadly for her, there’s one quality she possesses they just weren’t ready to take on.

During a taping of The View, Barbara Walters broached the television-rejection topic, stating to her co-hosts, “In the interest of information, one of us… tried out to be a Bachelorette and… did not make it!”

“No one knows that!” McCarthy gasped before admitting she was, indeed, scorned. “When I got a divorce, I was lonely. I needed to be loved.”

“I was single, and I loved TV,” she continued. “Put those together and I thought, ‘Brilliant!'”

The 41-year-old was married to actor/director John Mallory Asher from 1999 to 2005. They have one child together, a boy named Evan.

Describing in further detail how she got shot down before even having the chance to audition, McCarthy added, “[My agent] said, ‘She wants to be the new Bachelorette. And they said, ‘No, we’re not using celebrities at this time. Sorry.’ That was 10 years ago. So, pfft.”

Luckily, things in the romance department are looking up as of late.

Gushing about current boyfriend Donnie Wahlberg, with whom McCarthy is pictured here, the proud mom said previously, “I think he would be an amazing husband. So, if he does [propose], yeah, I would sure say yes. I wouldn’t be surprised if I was the one proposing!”

Sounds like it may be The Bachelorette that will be out of luck landing McCarthy if they ever decide to do a celebrity round!

Do you wish The Bachelorette had cast Jenny McCarthy? Why or why not?