Hoping for more Gosselin kids for a whole new round of reality TV shenanigans? Don’t hold your breath. 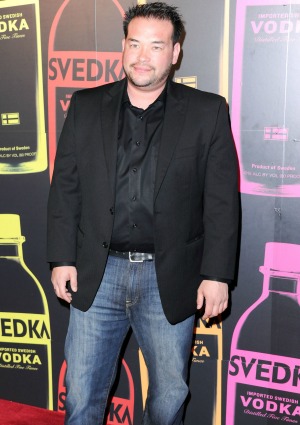 Jon Gosselin will no longer be littering the landscape with his offspring. The former reality star says he underwent a vasectomy to make sure he doesn’t have any more children.

Gosselin, who is currently dating his Couples Therapy co-star Liz Jannetta, famously has eight kids — including twins and sextuplets — with Kate Gosselin. Jannetta has three children from her last marriage.

Jon & Kate still duking it out in the press >>

For those keeping track, that makes 11 kids total — and Gosselin says that is more than enough.

“We can’t have more kids,” he told Wendy Williams during an appearance on her talk show. “Yeah, I’m fixed, and Liz is fixed.”

But that doesn’t mean the couple won’t wed. Gosselin said that while they don’t have any firm plans so far, he is open to the idea of walking down the aisle again after his very public divorce.

“I like the thought of marriage,” he said. “Being committed to each other and vowing to be together — and when you see cute old couples walking through Central Park, it’s like, ‘I want that.'”

Gosselin remains adamant that his kids will not return to the small screen anytime soon.

“I consider that exploitation,” he told InTouch. “[Kate] uses them as her props. It’s a problem for her that she can’t afford our old lifestyle anymore. It’s so unfair to them. I work really hard to keep my kids safe and then she just goes and tweets about them all the time. I don’t have a Twitter anymore and even when I did, I never tweeted about my kids. I kept their lives private.”

Except when he goes on The Wendy Williams Show.