Johnny Flynn crept quietly into our rotation a few years ago, and now he’s busting his way around North America. Find out why we love him and why you should see him live. 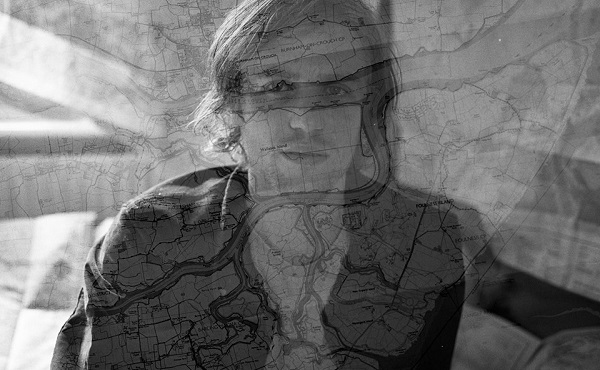 Johnny Flynn is a charming guy, but not in the common sense of the word. He’s not the grinning, rambunctious frat boy or Gatsby-esque person you might think of when someone says “charming.” He’s much quieter than that. Still, there’s an air about him that will make you smile, and his presence is one that truly captivates.

Imagine a room — not much bigger than your average living room — housed inside a small chapel with long, skinny windows and worn wooden floors. Flynn and his resonator guitar can fill that room not just with sound but with people… far exceeding the chapel’s capacity. For an hour, more than 200 smiling students sit and stand in awe of the fair-haired folk singer. At a small arts college in a tiny town in rural Ohio, Flynn is grabbing college kids by the heart and pulling them in.

They’ll do anything he says. When Flynn notices a fan in a wheelchair in the middle of the room, he kindly asks everyone up front to settle down on the floor so that one person can see. There is no whining, no groaning — just a collective urge to please the man with the guitar. And at the end of the night, when Flynn closes his quirky, insane and somber song “Tickle Me Pink,” the entire room fills with a chorus of voices doing the background parts. Why? Because that’s what you’re supposed to do, and that’s what brings a timid smile to his face.

Two-and-a-half-ish years after arriving on the scene, Flynn is still going at it. The South African by way of England is back in North America, bringing with him the Sussex Wit — his amazing backing band that just so happens to include his sweet-voiced sister, Lillie. He’ll cross our great land with his guitar, fiddle and (possibly) trumpet in tow. He’ll lull new and old fans into a satisfied trance. And he’ll hopefully see you at his show.

He’s not selling out arenas like some of his musical buddies back home, but he’s doing more than fine between his musical career and his acting. Oh, yeah, he acts. Most recently, Flynn was seen alongside Anne Hathaway in Song One. But he’s had numerous other roles as well and even has a well-established theater career, having starred in numerous works from our boy Shakespeare.

At nearly 29, he’s doing quite well for himself. With his lithe frame and shaggy blond locks, he looks a bit like Kurt Cobain — without the tragic future ahead of him. He’s married and a father. He has his spoon in multiple pots. And everything he does, he does with talent. That goes for his third studio album, Country Mile, too.

Listen up! Lissie is rockin’ our world >>

The first single and title track off the record is far from the cutesy folk of Flynn records past. There’s more electric and more punch. Calling him “folk” would be a stretch at this point. Yes, there’s an old-timey feel to most of his sounds, but on songs like “The Lady is Risen,” the brass and organ elements add so much more to the sound than you’d expect from just that one F-word.

Country Mile is sheer perfection in our eyes, and you can bet we’re hoping to catch those songs live during Flynn’s North American tour.

For more music news, reviews and interviews, sign up for our newsletter >>