Jennifer Lawrence committed to four Hunger Games films, the first two of which have launched her career into superstardom. One of her directors thinks it’s too much for the actress, but his choice of words has caused controversy across the internet. 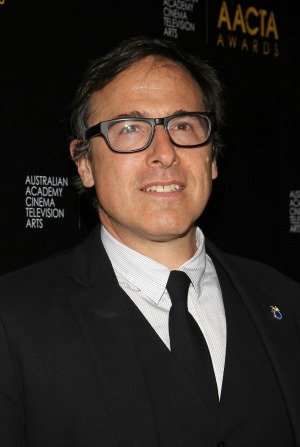 David O. Russell’s mouth has gotten him into trouble plenty of times in recent years, and now, he has done it again with comments he made about his American Hustle and Silver Linings Playbook muse, Jennifer Lawrence.

What do The Bachelor and The Hunger Games have in common? >>

Russell has been sharing Lawrence with The Hunger Games, and the filmmaker said he hopes the actress’s commitment to the series will be over as soon as possible.

“I’ll tell you what it is about that girl — talk about 12 years of slavery, that’s what the franchise is,” Russell told Yahoo at the Australian Academy of Cinema’s AACTA Awards.

Russell was talking about the four-part film series and how hard Lawrence has been working on it since she signed on years ago. He seemed to know right away what a mistake he had made with his comment.

He quickly followed it up by saying, “I’m going to get in so much trouble for saying that.”

Lawrence has been filming the Hunger Games films for years, on and off, and has gotten sick at least a few times in the process. The actress faced a “rigorous shooting schedule” during the filming of the first two films as well as during the subsequent press tours. She is now in the middle of filming the Mockingjay films. The last book in the three-book series was split into two parts and will be released around Thanksgiving in 2014 and 2015, which means Lawrence’s commitment to Katniss Everdeen will last for at least two more years.

Russell later issued a statement about his comment, saying, “Clearly, I used a stupid analogy in a poor attempt at humor. I realized it the minute I said it and I am truly sorry.”

American Hustle took home three Golden Globes this year and will likely be a contender at the Oscar nominations, which will be announced on Thursday morning.