Hayden Panettiere might have made a fashion mistake at the Golden Globes, but Tom Ford’s appreciative gesture proves he’s a class act. 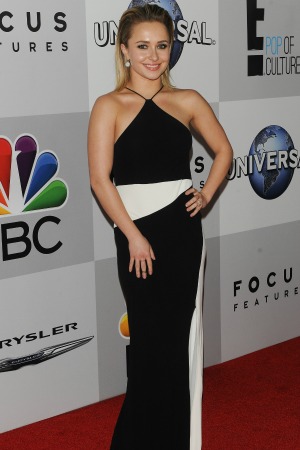 When you are a celebrity, some of the perks include free meals, luxury vacations and gorgeous gowns for every red carpet event. Unfortunately, someone forgot to tell Hayden Panettiere that she could have borrowed a dress for Sunday’s Golden Globe Awards.

When the Nashville star hit the red carpet, she talked to the entertainment reporters and revealed that she was wearing a Tom Ford gown. When the petite actress admitted that red carpet fact, many fashionistas were a bit perplexed. The designer only picks one star to dress for each big awards show event, and Ford’s pick for 2014’s Golden Globes was Naomi Watts.

Panettiere told E! News red carpet host Giuliana Rancic, “Tom Ford. It’s the first time I’ve ever worn him, because I’ve been begging… I feel sexy in it, I feel comfortable in it, and I’m in Tom Ford. I would wear a plastic bag if it was designed by him.”

However, fashion journalist Jim Shi was quick to call out Panettiere’s faux pas on Twitter.

He wrote, “Tom Ford confirms to me he ONLY dressed #NaomiWatts tonight. Hayden Panettiere BOUGHT her Tom Ford dress at RETAIL. Tsk, tsk.”

His tweet has since been removed. However, it seems that all was forgiven on Tuesday, when Ford sent the ABC star a beautiful bouquet of roses with an appreciative note.

Perhaps Ford will now send the 24-year-old a custom dress since she is such a fan.